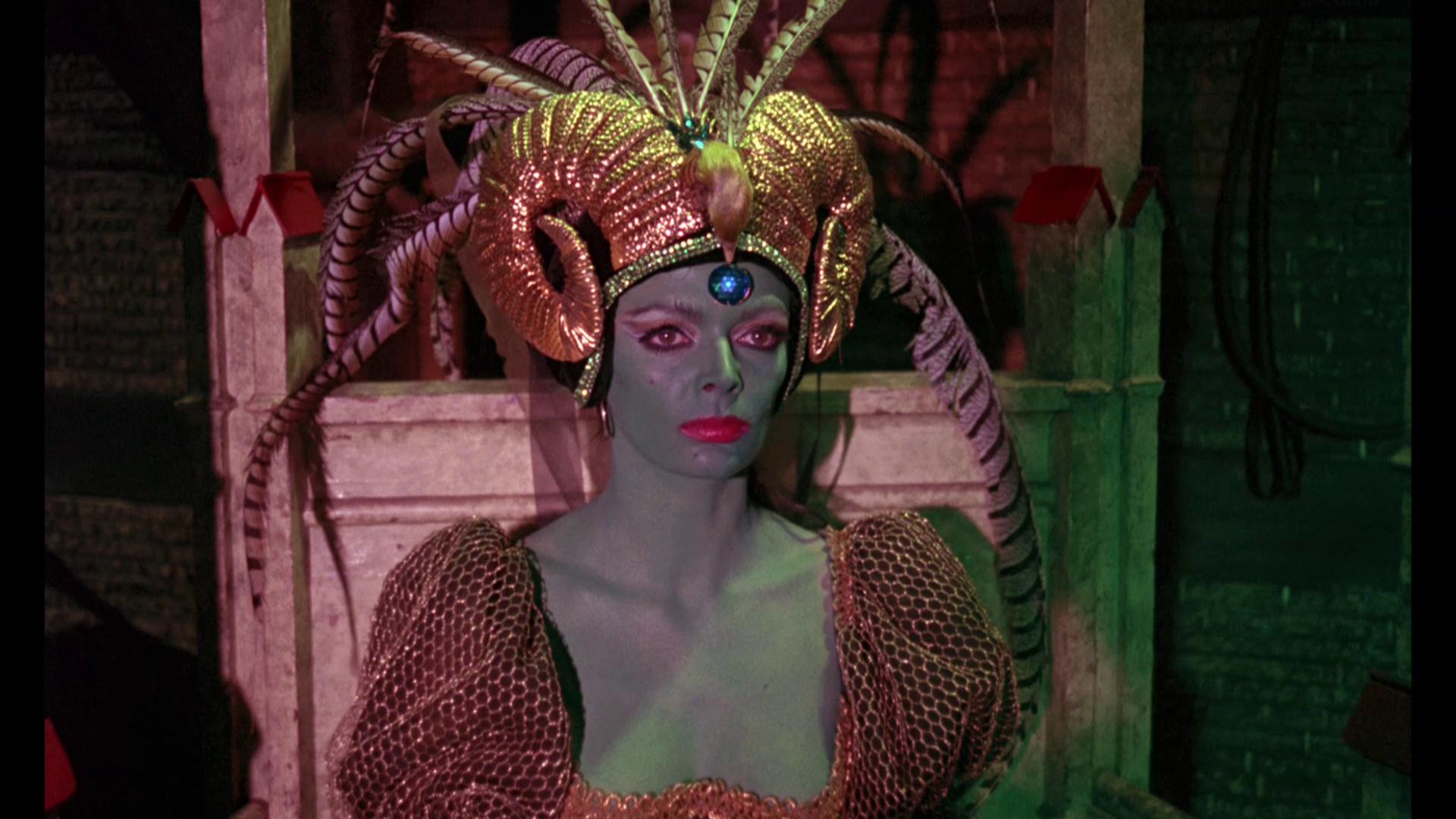 In Extremis: Branding, Cults, and The Curse of the Crimson Altar

Disclaimer: This article is meant as entertainment and is not legal advice. Please consult independent legal counsel if you plan on burning a cult leader’s initials into your skin and before joining a cult in the first place. At least paying your lawyer’s fees is a legal form of masochism.

You have unwittingly joined a cult and they intend to brand their signature onto your body as a display of commitment and ownership. You might be thinking that you should have joined the other group that just wanted to drink Flavour Aid.* This sounds just like the recent Nxivm cult that used compromising material to blackmail some of their members and forced others to receive brandings which bore the leader’s initials.

Mr. Keith Raniere, leader of the group, was quoted as saying “if it were Abraham Lincoln’s or Bill Gates’ initials no one would care.”** Oddly, enough, if there were a group blackmailing people into permanently scarring themselves and being forced to marry and have sex with other members in tribute to Honest Abe, a LOT OF PEOPLE WOULD CARE!!!

But you didn’t come here for real life horror, or to hear about international human trafficking, a common problem that is becoming more frequently discussed because of celebrity involvement, now did you?***

So, let’s talk about a movie with a very similar plot from the 1960s. The Curse of the Crimson Altar (1968), or just The Crimson Cult in America, is like many of the cult films (pun intended) of the era. The biggest selling point is an utterly fantastic cast including Christopher Lee as Morley, the leader of the cult, Barbara Steele in all the green makeup they had on set as the burned witch Lavinia, Michael Gough as not Alfred the Butler, and Mark Eden as generic protagonist. Oh, and did I forget that this film nearly killed Boris Karloff? He got pneumonia during the shoot in the freezing rain, and barely recovered to film four features in Mexico which were his final films.

The law around scarification (branding) is not as defined as one would think. In 10 states there are very defined laws that permit or limit scarification (indelible mark by scarring the skin), branding (indelible mark by thermal cautery, etc.), tongue bifurcation (splitting the tongue in two), and other body modification. Among these states are Minnesota, Colorado, and New Mexico; which explicitly allows “a federally recognized tribe, band, nation, or pueblo who performs scarification rituals for religious purposes...”**** Many of these laws allow for branding as a form of body art, for a person over the age of 18 or 19, unless there is parental permission. If you are a parent, I would be concerned that child protective services will likely be called if you permit someone to brand your child.

Other states like Hawaii, Florida, and Oklahoma have broader laws that might apply the rules of tattooing to scarification and/or branding. Conversely, a 2013 Wisconsin Department of Health Services policy statement on body art procedures states that scarification with a scalpel appears to fall within the definition of the practice of medicine and not body art. Finally, states like New York (where the Nxivm “cult” operated), Iowa, and California do not expressly address scarification or branding in their laws, and their body art laws are too narrow to capture them. Therefore, it is unclear how a court would deal with a case where someone was branded, even with their permission.

Across the pond, branding is a legal grey area. In 1997 a husband was asked by his wife to brand a W onto her behind with a hot knife. When she checked into the hospital for medical attention, the doctor reported the injury to the police, and the husband was convicted for causing grievous bodily harm. However, this result was overturned on appeal, as the judge decided that  it was practically similar to a tattoo. *****

The House of Lords (UK’s highest court) in R v Brown****** held that a person could not consent to sadomasochistic activities, including branding, whipping, and genital torture (sandpaper and hot wax) which led to convictions. The court did decide that a person can consent to injuries in “socially accepted” activities like surgery, ritual circumcision for men, rough horseplay (which you cannot consent to in Canada), tattooing, and ear piercing. As the times evolve, branding may be added to this list in future cases and charges will rest with the police and the crown prosecutor’s discretion. Australia and New Zealand, have fit branding and scarification under their definition of body art and have allowed the practice.*******

Now all that law out of the way, in The Curse of the Crimson Altar the branding is decidedly not consensual. Our main character is branded after occult rituals and when he awakes it is unclear if it was a hallucination until he sees the brand. Generally speaking, evil cults that sacrifice virgins are not the most lawful people; and SPOILER ALERT, things might not turn out so well for the cult. So, I mostly chose this movie to discuss the legality of branding, but I would watch it if you have an hour and a half and love the style of old hammer films. At the very least watch this amazing trailer for it, as it will ask the hard-hitting questions you learned in grade 4 English:

I would give this film an 8/10 for legal realism, as there is nary a legal argument in sight, but the last person legally executed for witchcraft was Janet Horne in 1727; and the ‘witch’ in this film was killed in 1652, so we are in the right ballpark timewise.******** I would also give The Curse of the Crimson Altar a 5/10 for watch-ability. You may get some laughs out of it, the studio worked on having passable practical effects, and Boris Karloff delivers an amazing subdued performance that steals the show – although it takes 22 minutes until he shows up in the film.

*The competitor of Kool-Aid used in the Jonestown Massacre; don’t let the famous expression fool you.
** Barry Meir, Inside a Secretive Group Where Women Are Branded. October 17, 2017, Accessed May 2nd, 2017 <https://www.nytimes.com/2017/10/17/nyregion/nxivm-women-branded-albany.html>
*** “The U.S. State Department has estimated that approximately 600,000 to 800,000 victims are trafficked annually across international borders worldwide and approximately half of these victims are younger than age 18 (U.S. Department of State, 2005, 2006, 2007);” In 2006, the estimate was 14,500–17,500 individuals trafficked annually into the United States. Branding is common across human traffickers as an identification and intimidation tactic. I do not have enough space to write on this issue so check out this and other articles for more information: Department of Health and Human Services, Office of the Assistant Secretary for Planning and Evaluation, Human Trafficking Into and Within the United States: A Review of the Literature. https://aspe.hhs.gov/system/files/pdf/75891/index.pdf
**** Andy Baker-White, Network for Public Health, Statutes and Regulatory Information: Scarification Laws, Summary: <https://www.networkforphl.org/_asset/vgntsm/State_Scarification_Laws_Summary.pdf>
***** I extensively used this source and would like to thank and give full credit to the writer Samantha Pegg, Senior Lecturer, Criminal Law, Nottingham Trent University; The Conversation, The new tattoo: is body branding legal? Accessed May 6th, 2018 http://theconversation.com/the-new-tattoo-is-body-branding-legal-44690
****** R v Brown, [1993] 2 All ER 75, http://www.cirp.org/library/legal/UKlaw/rvbrown1993/
******* Supra, note 5.
******** Neill, W. N. (1923). "The Last Execution for Witchcraft in Scotland, 1722". Scottish Historical Review. 20: 218–21. JSTOR 25519547.