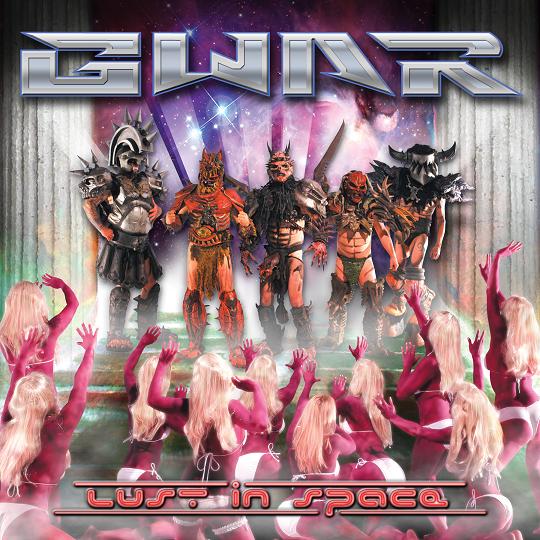 I couldn’t let this get by without a review. I kept holding it on the back burner, with the mindset that I would get to it eventually. Well, that time is now.

Okay, I admit it. I am the one guy that actually has bought a couple GWAR albums. Yes, me. I’m the one. So anyway, “Lust in Space.”

Casey Orr reprised his role as Beefcake the Mighty, and the band has returned to Metal Blade records, but honestly, none of that is the least bit important. GWAR somehow, no matter who the faces behind the masks are, manages to produce another greasy, sleazy shambling journey through their booze-soaked world of violent debauchery.

Somehow though, and I can’t believe I’m about to say this, this album doesn’t feel as focused. There’s got to be a better phrase to use there, but I can’t come up with it. What I mean is that GWAR, in spite of all their theatrics and ridiculousness, has undergone a very quiet musical transition throughout their career. Beginning as a punk band, GWAR has morphed over time in a more heavy-metal inspired outfit as new members have come and go. And yet the progression stalled on this effort.

The overall product just isn’t quite as sharp this time. The production is terribly lopsided, with the ever-present and numbingly repetitive percussion dominating what is otherwise pretty solid guitar work. Even the lyrics don’t seem as brutally curt and entrails-ridden as we’re used to from GWAR. Where “War Party” or “Violence Has Arrived” had the sound of an album rising up from a dank sewer, “Lust in Space” doesn’t have the same gritty feel.

The concept for this one (and let’s face it, all GWAR albums are concept albums,) is that the band is finally ready to leave Earth, and has procured a spaceship to make their escape. Battles ensue, mentors turn out to be homeless, things are blown up in not-quite humorous little skits, and then away they go. Even an album like this has a certain feel to it, and it’s more than just a product of Dave Brockie’s (Oderus Urungus’) unique vocals. There’s a certain tone to the guitar that is present here, and is the hallmark of all GWAR recordings. Not to mention the incredibly obvious tongue-in-cheek nature of the entire thing. It’s hard to come down too harshly on “Lust in Space” when like all GWAR albums, it’s just a setup to what is sure to be another color-wheel soaked, exceptional live experience.

I gotta say it, though. “Metal Metal Land” is just a fantastic piece of humorous music. This is the kind of metal humor I can get behind. The song is a much more vulgar cousin of anything featured in the classic movie “This is Spinal Tap.” It’s lyrics like “Here in metal metal land, every day is night…except of course when night is day, but then there is no light,” that poke fun at all of metal’s excesses to great results.

Bottom line, it’s a GWAR album. Not an especially great one, but they all have their moments. You better believe I'll be at the venue when they come through in December.