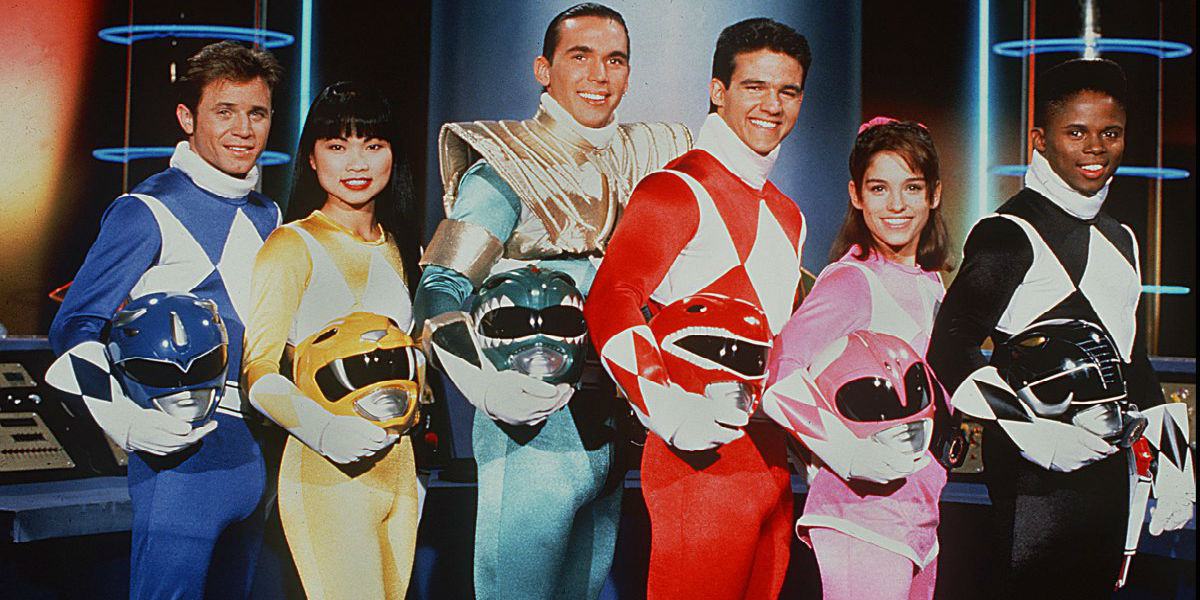 Power Rangers has been going on for a long time, not nearly as long as it's Japenese equivalent Super Sentai (which is celebrating its 40th anniversary this year), but since 1995. The 19-series show follows a group of teens kicking and punching their way through various rubber suited foes. With the show having much a meager budget, it's not surprising that many of the actors were first timers or atleast relatively new to the business. As many of the Rangers used the show as a springboard for their careers; let's check out which of those have gone on to star in various Horror films throughout the years.

The pink ranger makes her appearance in this cerebral horror thriller as one of the victim of a twisted serial killer. She is locked up somewhere and only Jennifer Lopez can find out where she is...using experimental technology to enter the comatose killer's memories. It's directed by Tarsem Singh so if nothing else it's a visually stunning film.

The most famous Pink Ranger made her debut in horror in one of the worst horror films of recent memory. The effects in the film are so bad, they couldn't even come up with a convincing poster image. Most claim that Jo Johnson is truly the only worthwhile thing about the film, just take people's words for it...don't see it....DON'T SEE IT.

A film who's only enjoyable aspect is the idea of singing the title to the tune of “Dear Future Husband” by Meghan Trainor. The film is about the true story of Jason Moss a criminology student who had correspondence with John Wayne Gacy shortly before his execution. An interesting story, the Power Ranger in this case is the love interest of Jason Moss, getting third billing on the cast list.

The first of the list who has some competent, and well known credits to his name. Brandon Jay McLaren is a fun, and talented actor who plays one of the bumbling college students in the wonderful Tucker And Dale Vs. Evil. He has also displayed some talent in more serious roles, recently doing a very convincing performance in the first season of the tv series “Slasher”. Yellow Lightspeed Ranger “Sasha Craig” joins him in Tucker And Dale Vs. Evil, playing the news reporter at the end of the film.

The horror community can almost unanimously agree upon one thing, George Romero should have stopped at Day Of The Dead. Diary Of The Dead was the aging filmmakers attempt at bringing his zombie series to the modern day with a found footage film. Chris Violette is the poor Power Ranger who got dragged into this train wreck. Co-star Matt Sadowski who played “Green Ranger SPD” appeared in the Dawn Of The Dead remake, however that was before his appearance on Power Rangers thus invalidating his candidacy for the list.

It appears most of the SPD cast went on to horror films, but Alycia Purrott was one of the quickest changeovers. Within the year of Power Rangers SPD airing she appeared as one of the unfortunate victims in the remake of the horror classic Black Christmas. It is rare (especially in this list) that you can say “Her best work was in Power Rangers”.

This Pink Ranger had a role in the underrated "Tremors" television show, and as a college student in the seplunking horror film The 7. The 7 appears to be a cheesy rip-off of The Descent. The film does nothing to convince the audience they are actually underground, and everything looks like an extremely cheap set, or a well traveled cave. Definitely nothing to add to your Netflix Que.

This horror film takes place in Australia a country in which half of it's wildlife has the capability to murder you. The story for this film involves a group of hikers going deep into Tasmania and discovering a group of Australian redneck cannibals. Melanie Vallejo is one of the aforementioned hikers.

On this episode The Green Mystic Ranger must fight a Shark in a grocery store...yes this is a real film, minus the Power Ranger that is. Shark movies are a dime a dozen in the horror world, this one is known as one of the least horrible.

Post Power Rangers Cerina Vincent became a bit of a scream queen. Known best for her role in Cabin Fever, she went one to star in quite a few horror outings, the best of which is named Bring Me The Head Of Lance Henriksen and is set to come out later this year.

Even Cabin In The Woods one of the best horror films of recent memory cannot escape the Power Rangers legacy. Anna Hutchinson who plays Jules in the film, was also the Yellow Cheetah Ranger in Power Rangers: Jungle Fury.

Aah Boogeyman 3...the best in the Boogeyman franchise, one may or may not say if they had any indication prior to this list that Boogeyman was a singular film, let alone a franchise. The actress went on to Jekyll a movie that is a modern day take on the Jekyll and Hyde story. Crazily enough Jekyll has another Power Ranger alumni in it Jason Faunt the Red Time Force Ranger.

"Izombie" is a delightful show on the CW about a med student who must become a corner after being bit by a zombie. It is mainly a detective show, but has some fantastic horror elements to it, making it well worth the watch.

Dan Ewing may just be the horror star of the future as neither of his horror outings have been released into theatres but they are set to come out later this year. One entitled Beast No More involves the legend of the Mothman which should be a fun but incredibly cheesy horror film.

Blood Punch is another horror film that doubles up on Power Rangers as Ari Boyland the Blue Lion RPM Ranger joins him. This coupled with his roles in Deathgasm, and Ash Vs. Evil Dead make Mil Cawthorne a mainstay of the horror genre.