For those who have never been, the Palladium in Worcester, Massachusetts is one of the preeminent venues in the entire Mid-Atlantic or New England region. Halfway between high-ceiling theatre and dirty roadhouse proving ground, the Palladium has brilliant acoustics, great sight lines, and ample real estate for whatever type of mosh pit mayhem that might ensue. If you get a chance, scope the place out.

Nachmystium was doing their damndest to set the table for headliner Cradle of Filth, and was doing a pretty admirable job. It’s become increasingly rare to see speed or thrash bands since the turn of the millennium who can write effective songs without frosting them with double kick percussion. Nachmystium manages to step across that gap by tapping into rich songwriting vein of original black metal forerunners like Venom. The band has gone through a musical, and perhaps ideological, shift since their inception, and the cuts from their newest album “Addicts: Black Meddle, Part II” find them delving deeper in the Venom mold than before. Of particular note in their set was “Ruined Life Continuum,” and a speed-heavy “Hellish Overdose” from their 2009 EP “Doomsday Derelicts.” While the men on stage might lack a touch of physical animation, their power comes from the strength of their playing, particularly drummer Charlie Fell, who displayed impeccable timing. 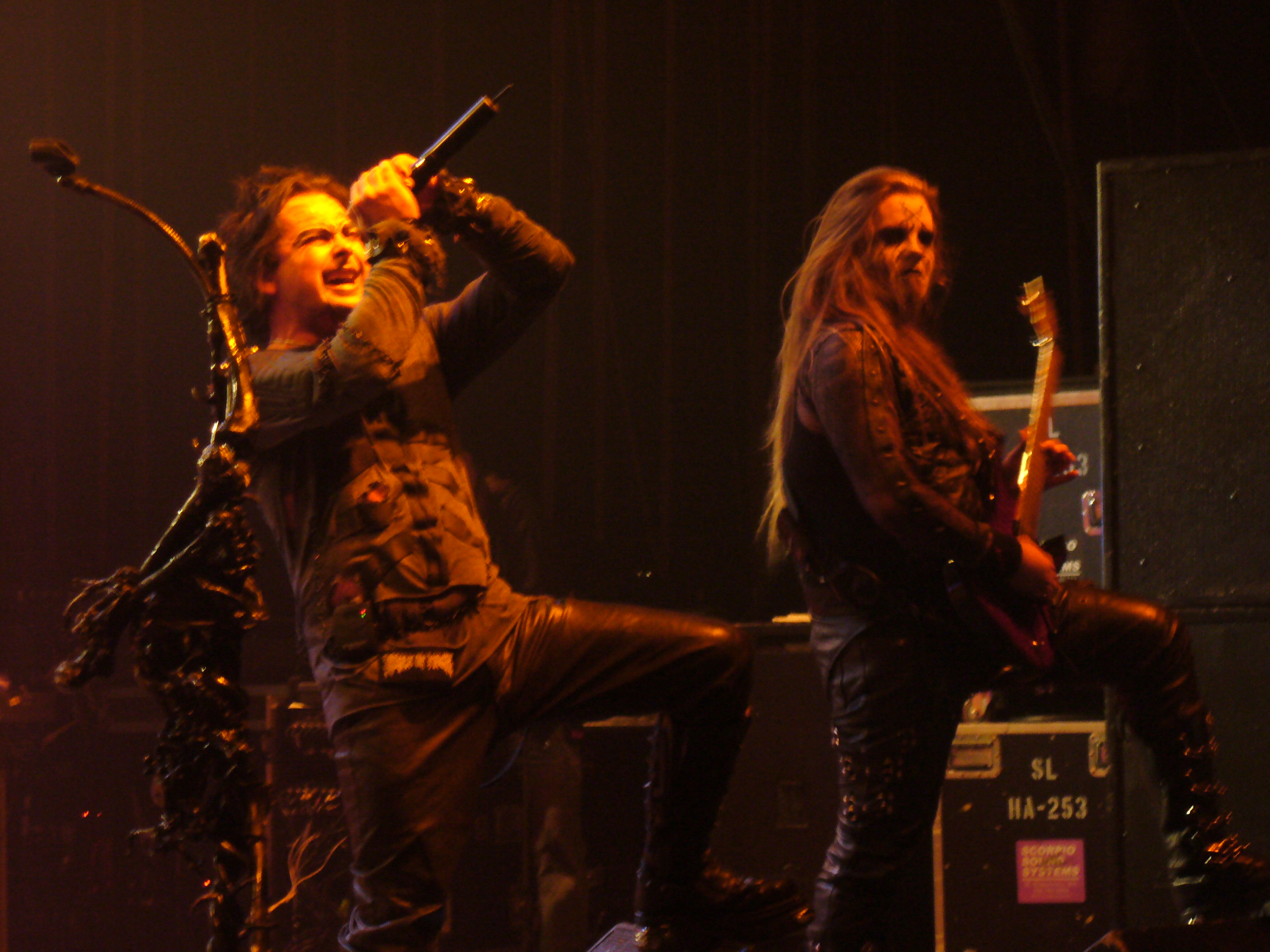 Cradle of Filth has a new album out called “Darkly, Darkly, Venus Aversa,” but from the setlist they rocked in Worcester, it might be hard to tell that. Rather than play five or six of the new tunes as would be standard on a new album tour, Cradle of Filth was content to roll in their back catalogue, showering the feverish, hungry crowd with favorite after favorite.

The set was wonderfully campy, decorated to look like some uncommon cross of yellowed-out tungsten-lit mad scientists’ lair and new age meth lab. Throw in a few black-hued skeletons (natch,) and the show was off and running. The one downside to the presentation was that the large video screen running ambiguous clips of shady characters and locales at the rear of the stage was often washed out by the surrounding stage lighting.

“Darkly, Darkly, Venus Aversa” didn’t make an appearance until nearly halfway through the set, long after the band had served up powerful versions of “Heaven Torn Asunder,” and “Honey and Sulpher,” among others. As it was, Cradle absolutely destroyed “Lilith Immaculate,” presenting it with a fury and depth of sound that the recorded album just can’t quite reproduce.

Paul Allender has a distinct guitar tone, which can be challenging to hold intact in a blown-out live scenario. Still, even amidst all the sound and fury, the difference in backbone when Paul’s playing versus when he’s not is easy to discern, which played a huge part in the thundering intro and outro of the band’s best song of the night,“Her Ghost in the Fog.” 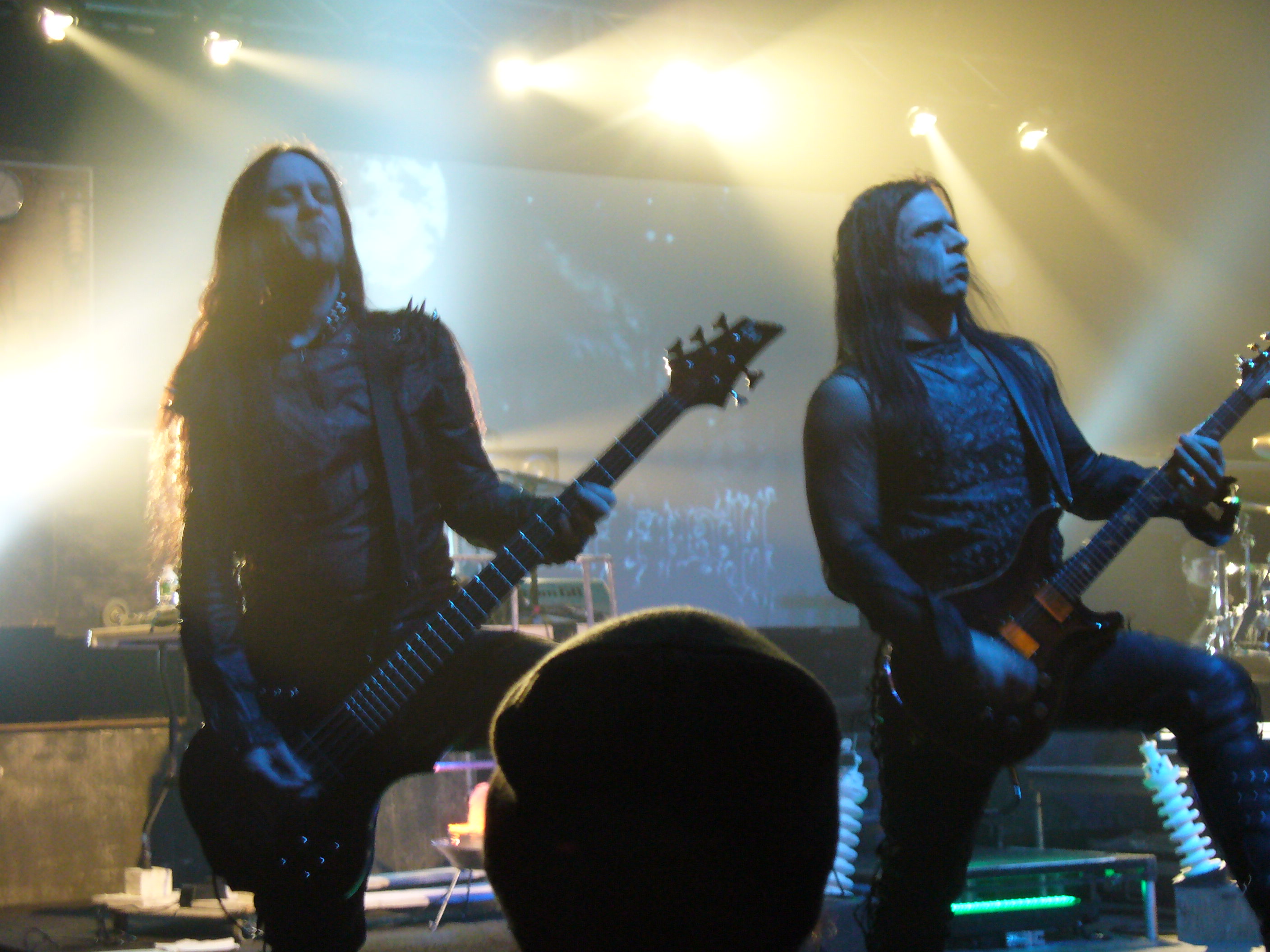 If it is possible to be both performing a song and act like a fan of that song in the same instant, then Dani Filth assumes both of those roles. He springs from one end of the stage to the other, front to back, and never remains still for more than a few scant seconds. His fist pumps, his head bangs, his entire body language shouts “I’m my band’s biggest fan,” which adds to the tongue in cheek element of the performance. (Sidebar: Being the biggest fan of your own band is also humorously true of many progressive rock bands and high school garage bands.)

Cradle reached into the WABAC machine to finish off the night in style, closing the set with a fan backed and chanted “Ebony Dressed for Sunset.” The encore began new, as they kicked off with one new cut, “Cult of Venus Aversa,” and then it was back to basics as the band polished off the night with speed-infused, black metal dripped renditions of “Forest Whispers My Name,” and “From the Cradle to Enslave.”