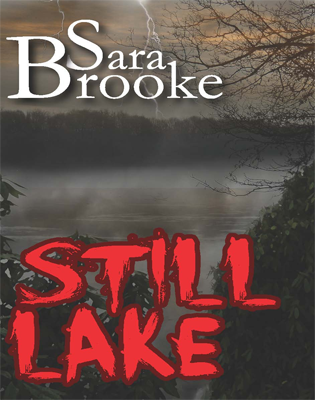 Idyllic Smalltown, USA is a paramount setting for horrific events in literature - It’s the perfect place for everyone to feel extremely safe in their collective naivety to any outside threats. Sara Brooke’s tiny community of Flening is a prime example of this falsely secure mindset. Flening is a tiny landlocked town in Northwest Florida with a population well under a thousand. Brooke’s small town is pretty predictable and any social events that occur usually do so around the several churches within the county limits, or the one body of water, Still Lake.

Still Lake mainly revolves around two prominent families in the community. The Lenton family is Dr. Craig Lenton, one of the few primary care physicians in the town, and is married to Victoria Lenton, a socialite housewife. Together they have two children, a little girl Jessie and a teenage boy Brian. The Benson’s are the first family of the Flening Baptist Church, the most popular church in Flening. John Benson is minister and his wife April is always thoroughly supportive. Chuck, the Benson's only son, is anxious to secede from his father’s hand, and take over the church as minister. During the Summer Bonanza, a large celebration in town that most everyone attends, people are grilling out on the beach, swimming in the lake, and even being baptized in the water. Immediately following the festivities, Jessie Lenton becomes intensely ill and passes away. Before any toxin or an autopsy report can be filed, numerous other townspeople become ill as well. Believing it to be a mutated strain of the flu, Dr. Lenton and the other physicians struggle to prescribe rest, water, and antibiotics. These do nothing to aide the growing psychosis, reckless aggression and irritation that afflict the population, especially Chuck Benson. As water authorities and become aware of the culprit, the race becomes not only to purify the water, but to save those already infected with its virus and what it is influencing them to do to themselves and one another.

Though a quick read, Still Lake is a stiff cocktail of adrenaline. With a splash of blissful ignorance, a dash of irritating confusion, and garnish of paralyzing fear, Still Lake leads its characters into the fight of their life with little time for preparation. In the terrifying vain of Romero’s "The Crazies" and Finney’s Invasion of the Body Snatchers, but with a flare for realism - Still Lake utilizes typical thriller archetypes but with a breath of fresh air, that whispers, “don’t drink the water.”