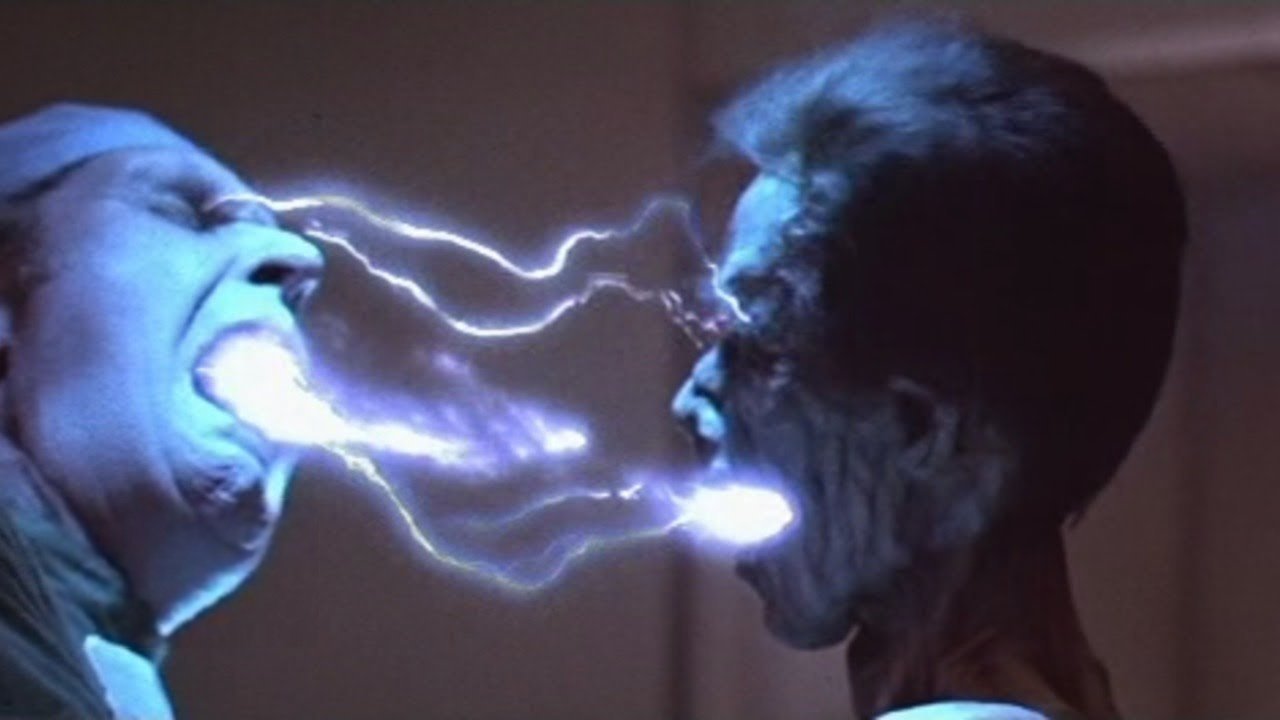 Within the legacy of Hollywood, the promising young director who makes a bum movie constitutes a veritable archetype within our collective unconscious. When a new director releases one or two successful movies, production companies scramble to get them under contract in order to get their name associated with the next great movie. This was certainly the case with Cannon Films/Golan Glbous Productions and Tobe Hooper. After his success with The Texas Chainsaw Massacre in 1974 and Poltergeist in 1982, Tobee Hooper was a hot ticket. Cannon roped him into a three picture deal and, no doubt, began planning all that they would do with the money they were about to rake in, but it was not to be.

The first of his films for Cannon, Lifeforce. is an adaptation of Colin Wilson’s novel, “The Space Vampire” and is, as luck would have it, the perfect subject for a Thirsty Thursday post! Thirty years after its release, this movie still inspires a variety of responses from viewers.

If the idea of a Tobe Hooper movie about space vampires that suck energy from other living things, leaving only withered husks behind sounds good to you, then make your favorite drink and settle in for a pretty bonkers time.