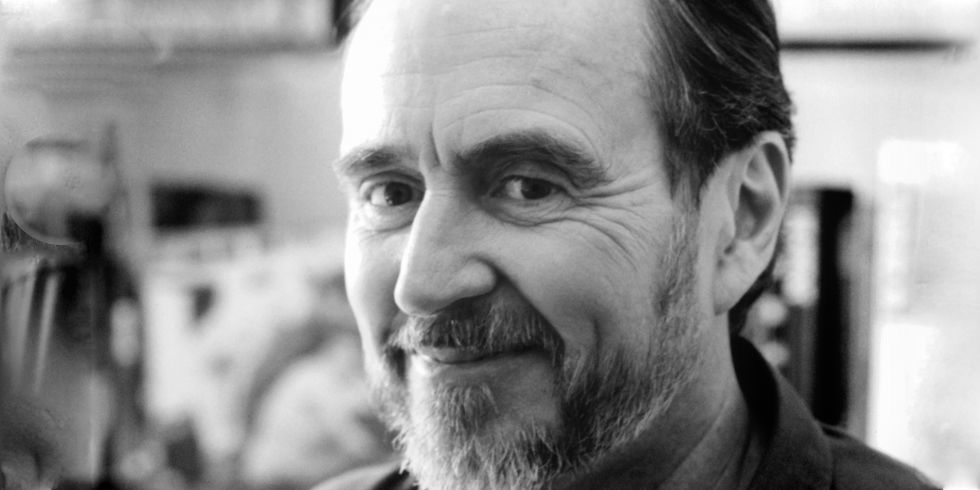 On Sunday, August 30th 2015, Wes Craven passed away at the age of 76. In his 40+ year career, he directed some of the genre's most memorable films and wrote even more. In the wake of his passing, we put a note out to some of our writers to share their memories of one of the biggest names in the genre:

"There's not much left to say that hasn't already been said about Wes Craven. He was and will always be a staple in every horror fan's heart and an inspiration to many. I would take 10 more My Soul To Takes just to have his creative genius back in the movie making business for years to come."

"Wes Craven was by no means a perfect filmmaker, but he gave us some of horror's most enduring characters and moments. One of my favorites, besides young Johnny Depp getting sucked into that bed, is when Craven himself showed up as Fred the janitor in Scream. It's such a classic wink-wink moment to those who know the genre. As a horror fan it's impossible not to have a tremdous respect and soft spot for him and his work."

"The last time I watched a Wes Craven film it was a late night screening of A Nightmare on Elm Street in a historic theater built in 1928. The interior of the auditorium was bathed in that deep, red-RED that punctuates the film’s title sequence. It was the type of place that most likely wouldn’t have touched that sort of dreck when it was first released but the cultural impact of A Nightmare on Elm Street, and many of Craven’s other films, was instrumental in breaking down the barriers between Low Horror and the high brow. Some of his films were that magical combination of quality genre-fare and something more elementally human. Craven’s personae showed that behind all that shocking horror stuff was an engaging, disarming, and intelligent mind that was always working."

"Like a lot of people in my age bracket, I first encountered Craven when he was already horror’s reigning (arguably only) brand name: the creator of Freddie Krueger, the producer-director-writer who played himself in his own film about his own films (Wes Craven’s New Nightmare), the box-office draw behind yet another horror rebirth led by Scream. When I was very young, I thought he was a savvy producer with a finger in a lot of pies--I had no idea he was everywhere because he literally mapped out the landscape that housed so many of my favorite villains (and so many bad dreams). His films, from the savage The Hills Have Eyes to the sleepover staple The People Under the Stairs to the white-knuckle Red Eye (it’s very underrated and has aged considerably well, by the way) are so diverse that it’s difficult to pin down his style. If any of his films are still new to you, consider yourself very lucky: you truly have no idea what’s around the next corner."

"Unlike many of my colleagues here at Bloody Good Horror, I came to horror relatively late in life. For this reason, Wes Craven became a part of my life in a very atypical way. My first memory of being aware of him as other than just a director of note was when he directed a segment in one of my favorite anthology films called Paris Je T’aime. The film features short films from several directors of note and tells several stories about the many faces of love. Craven’s short was always one of my absolute favorites in the bunch and part of that is because of how strikingly different it was from what I expected from a director of horror films. I may not love everything Craven has ever done, and I’m certain I’m not alone there, but when he was on he was really on. His versatility and range (from the silly snark of Freddy to the brutal horror of Last House on the Left) was always exciting to watch, even when the results weren’t all that you hoped for."

"Craven really knew how to reach the terrors of middle America and exploit them to our own delight. The People Under the Stairs is one of the first horror movies I remember seeing as a child and have forever been terrified of those living in and under my house; then in my teens it was his meta masterpiece of the Scream franchise and I will forever love the self aware and snarky banter alongside the gushing of blood. Craven was one of the greats and will be truly missed."

"We haven't always been kind to Mr. Craven on Bloody Good Horror, but that's only because we expected so much of him. The Nightmare films, Scream, and The Hills Have Eyes all left a mark on me as a young'in, and I was delighted to find The Serpent and the Rainbow later in life. There are a handful of directors with a degree of mainstream name recognition, but Wes Craven's name is stamped in the collective consciousness as a genre legend that delighted young horror-loving minds and horrified their parents. You can't ask for much more than that.

"I saw the original A Nightmare on Elm Street when I was very young, not long after seeing Halloween. I didn't understand that different directors made horror movies; I honestly thought they were made by an evil corporation to collectively scare us all. Older, I saw Scream and absolutely loved it. Tense, smart, and fun all rolled into one was what made that movie so brilliant. I think like myself, most people want to create something like that. Wes did that. He did that with Freddy and Ghostface. He tried that with other characters, but at least he tried. Now that I understand his impact as a director and can distinguish his films from others, I have to give my thanks to how much he changed horror and horror fans."

"The first Wes Craven movie I ever saw was Swamp Thing. I watched it with my dad, and I was probably eight or nine years old. At the time, I had no idea who made the movie; all I knew was it starred a cool swamp man who fought other monsters. A few years later I saw A Nightmare on Elm Street, and I was forever changed. A friend had it on VHS, recorded from HBO. Walking home alone in the dark after that viewing, I was certain that Freddy would step out of the shadows at any moment. Freddy, and the man who created him, has been with me ever since. Elm Street was one of those early, formative films that helped to make me the horror fan I am today. Craven was one of the directors whose movies I would watch just because his name was the one in the credits. It didn’t matter what it was about, just knowing Wes Craven was behind the camera was enough for me. It’s sad to think that he won’t get a chance to bring Freddy into the public consciousness ever again or take one more stab at Scream. But nothing can take away the memories he created for so many of us over the last few decades. Rest in peace."

"A Nightmare on Elm Street 2 was the first horror movie I remember seeing a commercial for on TV. At the time my brother and I were too young to see it in the theater but we immediacy went to the local video store and rented the original. From then on we spent every Friday night in front of the VCR watching any horror movie we could find. Those original Nightmare movies are really what got me into horror."

"A Nightmare on Elm Street was my introduction to horror. A world without Wes Craven's numerous contributions to film would have been the real nightmare. Thank you for continuing to haunt our dreams."

"I was 14 when Scream came out, and I made my parents watch it with me. My mom still mentions being scarred by that night to this day. If you take one look around my office at home, you'll find all manner of A Nightmare on Elm St and Scream parephernalia. We will remember Wes Craven as the director that first opened up our eyes to the kind of creativity that you can only find in the horror genre. He was, at times, creative to a fault, but you won't find a horror fan around that wasn't influenced by that man's imagination. May he rest in peace, and continue to haunt the dreams of the curious for years to come."