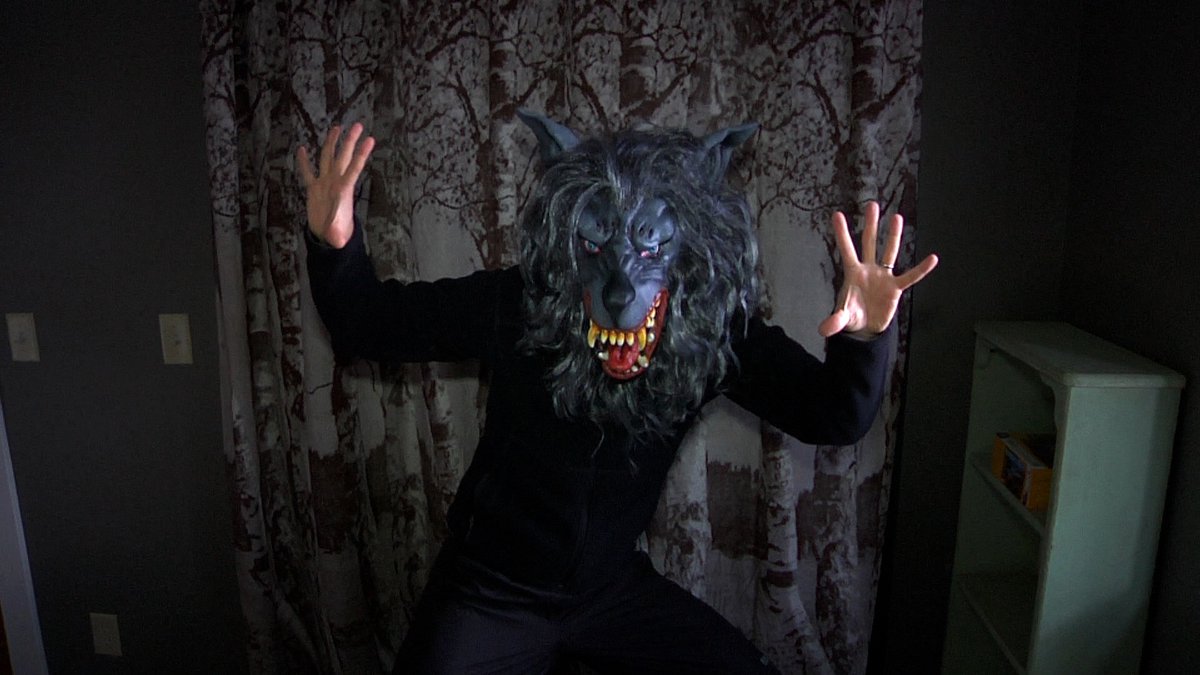 I cannot overstate how much I love this movie. In a culture where remakes and sequels seem to bombard us, It Follows is a truly unique beast, and manages to be a beautiful homage to the movies that preceed it. This movie also succeeds in writing teens that actually feel believable and casting very likeable actors to play them. And that soundtrack!, composed by Disasterpeace. Listen to to that on your next walk or run and see if it doesn't get your heart pumping.

The first in what is rumored to be a trilogy of movies that Mark Duplass is creating for Netflix, this movie passes the Jon Schnaars "why are they filming this" test for found-footage, in a way that is both aware of the conventions and a little cheeky too. Duplass delivers an incredibly nuanced performance the likes of which we've never seen.

Crimson Peak may just be the masterpiece cherry atop its director's already incredible oeuvre. Guillermo del Torro has already proven himself to be a masterful filmmaker, taking us again and again to new and fantastic worlds, but the collapsing manor atop a blood red clay deposit may be the most breathtaking yet.

Horror comedy can be very hit or miss. Too many writers and directors believe, incorrectly, that simply knowing and showing the tropes is enough, but without putting your own spin on it what is the point? The Final Girls takes this to another level, not only commenting on the tropes, but by giving the story a solid and distinct emotional core. It also helps that I could watch Tom Hiddleston do prat falls all day.

This movie, about an AI trying to pass the Turing Test, is fascinating on several levels. Apart from the phenomenal performances throughout and the beautiful and isolated landscape - coupled with gorgeous cinematography, this movie made some pretty profound statements about the nature of gender, sexuality, and what it means to be a human. In the end, we were really all administering the Turing Test, whether we knew it or not. Did Ava pass?

6. What We Do in the Shadows

This was a great year for horror comedy. This mockumentary feels a bit like the marriage between all of the best parts of Interview with a Vampire and old school Real World. This movie managed to be funny and brutally violent, plus it gave us the line "We're werewolves, not swear-wolves."

If you're starting to sense a theme to the selections in my list, you're not alone. 2015 seems to have been the year for films (particularly horror films) with stunning visuals and the Austrian film, Goodnight Mommy, is no different. This movie is just beautiful to look at, without being completely troubling to boot.

As a die hard fan of both Trick 'r Treat and The League, a movie about Krampus directed by Michael Dougherty is a dream come true! Add in the dynamite cast and all of Krampus' mystical monsters and it's a done deal.

Here's another horror movie that looks damn pretty. Spring definitely feels more like an indie lovestory with weird monsters than an out and out horror movie, but it's that genre bending and amalgamation that makes this movie so great. The actors have great chemistry and Lou Taylor Pucci (also known as it's-all-your-fault-Eric from 2013's Evil Dead) is incredibly charming and doesn't ruin everything!

I may be the only BGH-er to get this on my list, but I had to include it. I have loved Ryan Reynolds for ages, but he doesn't always make the best decisions on movies (or his agent doesn't). This movie contrasts some very dark subject matter with a beautiful and bright pop color palate that play off one another really well and stand to represent the world as Jerry (Reynolds) sees it, and what everyoone else sees.

One of the most cynical and lazy horror movies I have ever seen, in a year where Blumhouse released quite a few such films. There were one or two intersting shots, and that was it. This movie was like a collection of all of the worst things about modern horror movies. Don't even get me started on how ridiculous it is that this school built a functional gallows with a real noose twenty years after a student died by accidental hanging in the same play....

After a pretty successful run of low budget movies that managed to scare audiences by showing almost nothing, the writers of Paranormal Activity: The Ghost Dimension thought to themselves, "You know what would be great? If we showed everything." No surprise here, they were wrong. This is mostly a recycling of old scares with more CGI - just what none of us wanted.

There were a few titles duking it out for the last slot in my worst of 2015 list but the honor has to go to Insidious Chapter 3, a movie so unoriginal and pointless that I on more than one occasion saw it being confused with Sinister 2 on professional movie websites. This movie lays everything on way too thick, and managees to give us very little of what made the first film so good. Here's to hoping it inspires some kind of weird new Waniverse crossover with Lin and Vin (Shaye and Diesel, respectively) kicking ass. I'd call it, Fast & Furious & Furtherer.