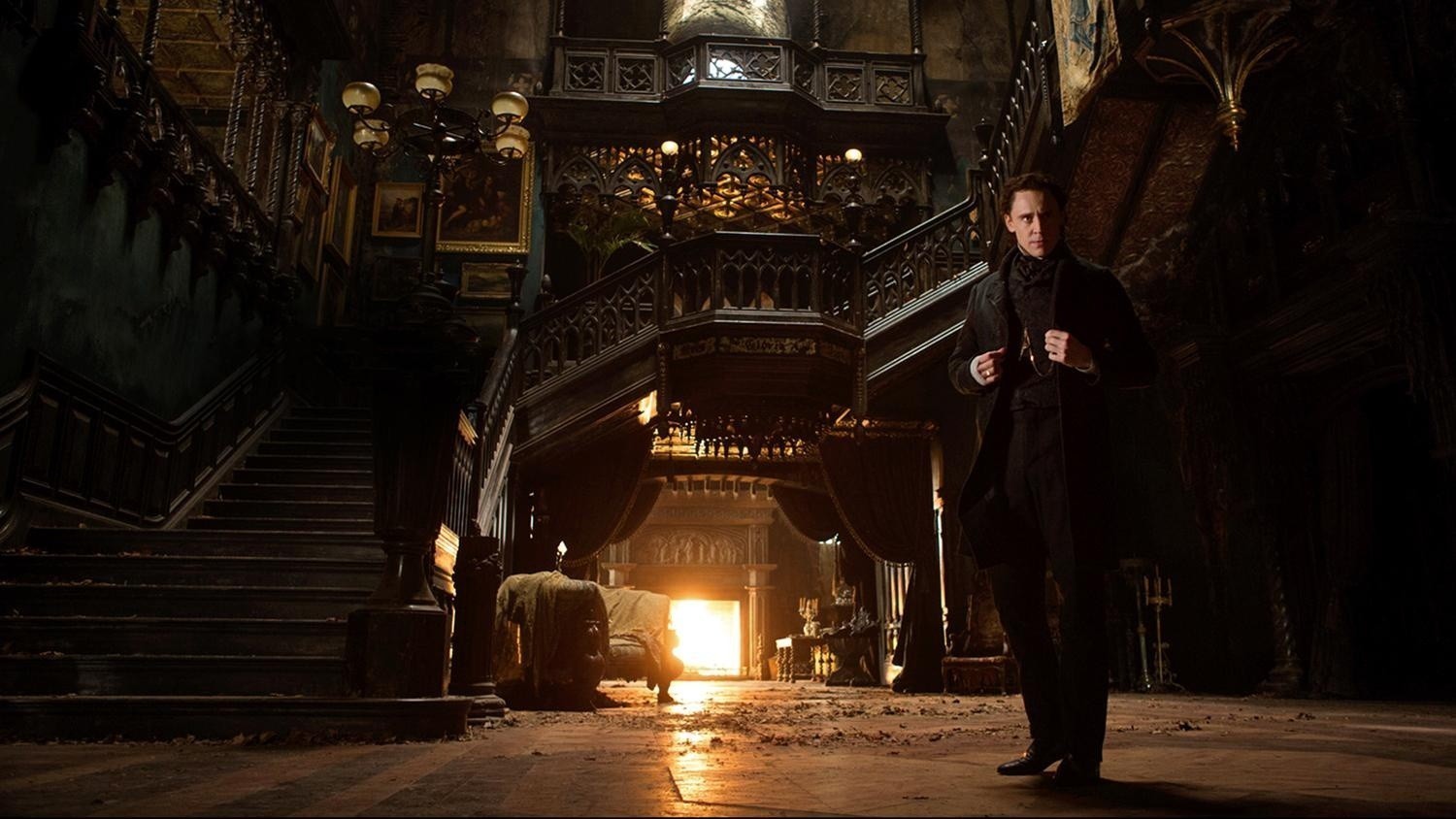 Guillermo Del Toro’s take on the gothic romance genre is like a thick scoop of the richest, stickiest, most decadent dessert you could think of. The bold colors, extravagant costumes and sumptuous art design are so indulgent that it’s easy to ignore that the story at its core is really just an assemblage of boilerplate bodice-ripper tropes.  It took a tumble at the box office because it was sold as a scary movie, which despite all the ghosts and gore, it definitely is not, but viewers with a sweet tooth for eye candy found a tasty technicolor treat in Crimson Peak.

If It Follows had nothing more to it than its central concept of a steady, relentless force of vengeance which unwaveringly pursues its target to the death, it would probably be a pretty great movie. The fact that there’s so much more going on only makes it that much richer. The STD metaphor, the uncertain time period, the rules which the film establishes and then maybe or maybe not breaks, the poor decisions the characters make - all of these elevate what could have been just a novel concept for a good, simple slasher movie to an all-time classic that people will be debating for years to come.

Spring is basically Before Sunrise where Julie Delpy is sometimes also a Lovecraftian monster.  If you don’t love this, then you and I have very different tastes in movies.

4. What We Do in the Shadows

Combining the mockumentary format with horror tropes is such a headslappingly brilliant idea that it’s amazing it hasn’t been done more often. Luckily, in this case it was done by people with the talent to wring laughs and even a little pathos out of bloodsucker cliches.

A lot of the time when we talk about horror, we talk about blood and guts and jump scares. Real horror is when the bottom of your stomach drops out because you realize that you were wrong and that your trust and belief were horribly misplaced. Ex Machina is a real horror movie.

What looked to be a goofy, gimmicky horror-comedy turned out to have a surprisingly resonant emotional core. Could have used more Thomas Middleditch, though.

Bone Tomahawk is a baggy slow-paced western for most of its runtime, which only makes the sudden hard left turn into straight-up horror all the more shocking. It’s probably a hard sell for anybody who isn’t a fan of both old-school westerns and cannibal gorefests but if you’re in that tiny Venn diagram intersection, Bone Tomahawk is an incredible gift that you weren’t expecting.

The twist is that M Night Shyamalan made a movie that didn’t suck.

Krampus starts out as a stealth remake of Christmas Vacation, takes a detour into a Full Moon style killer toy movie and finally ends up as some kind of weirdo kids holiday movie. Despite some tonal issues and an unsatisfying third act, it does serve up the best Christmas horror since Santa’s Slay.

Essentially a Fulci tribute starring a horror legend, We Are Still Here is a satisfying throwback to the kind of movie that people would blind rent on VHS based on the cover art alone.

I was hoping for Trick R Treat and I got V/H/S. Lucky McCee’s segment alone felt like he was consciously trying to burn his reputation as a horror director with feminist cred.

I had to read plot synopses to figure out if my second least favorite horror movie of the year was Insidious Chapter 3, Sinister 2 or Annabelle. Props to Blumhouse for finding huge success by remaking the same movie over and over again across multiple sequels and franchises, but it’s getting kind of ridiculous now. Lynn Shea was good though.

I was hoping for an insightful documentary into the real life terrors of sleep paralysis. What I got was a bunch of weirdoes being exploited and Unsolved Mysteries style reenactments of their delusions.