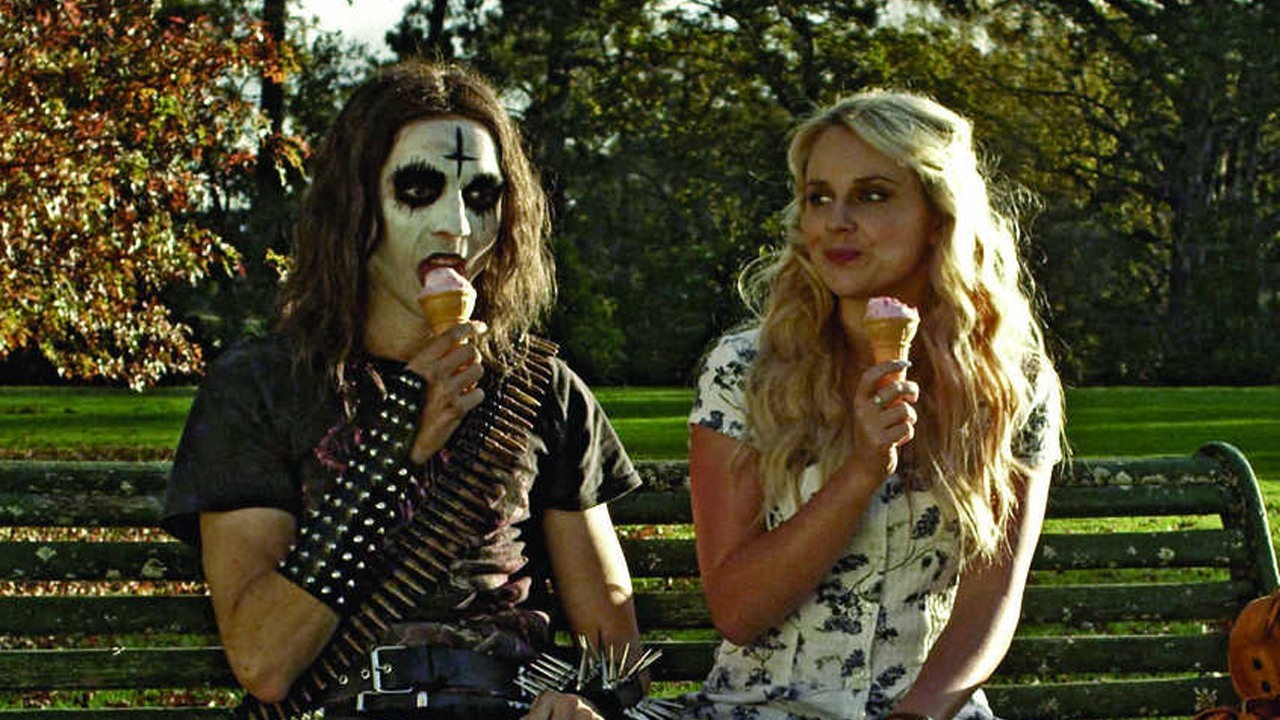 I have an awful memory so there’s a solid chance Krampus finds itself at the top of my list because it’s the last movie I saw this year. Is it great? Probably not, but I can see myself watching this movie every year around the Holidays and to me that’s a good thing.

As a “metal guy” I always cringe when movies throw a fella in a Metallica t-shirt and have him name drop a few random band names and call it a day. The thing i love about Deathgasm is you can really tell the creators actually listen to the music they’re throwing out. There’s some really great nods here that only guys who didn’t date in high school will get, but it’s not so over the top that it alienates the “normies” out there.

The Final Girls is a fun throwback to some of the 80’s slashers we all grew up with. Well I grew up with. You’re all pretty young I assume. Remember seeing ET in the theaters? God I hate you.

4. What We Do in the Shadows

This probably would of been higher on my list but any time there are accents in a movie, it takes me about a half an hour to really catch on to what is happening. Still, if this was meant to be funny, I think it was.

I’m not really sure I liked this movie but I feel like everyone else did so I must have right? That guy's beard was pretty impressive and he’s a hell of a dancer so number 5 on my list feels right.

This entire movie had a weird tone, which I kind of loved. I think it also takes a lot to make a zombie comedy where kids are getting offed left and right and yet doesn’t make you feel like you belong on a government watch list.

I was torn between liking this movie and my extreme hatred for teenagers. At the end of the day, there are some super eerie moments in It Follows that were solid enough to make me look past the fact that I can’t step foot in a shopping mall anymore because of these little Justin Biebers.

It's probably more of a romance movie than horror, but some cats get it and there are a lot of tentacles so I’m putting it on the list. I’m a sucker for romance, and despite my opposition of ever going to a country that you could visit in EPCOT, I loved the visuals here.

I didn’t see Goosebumps or Crimson Peak so F it, The Green Inferno makes the list.

I don’t know what I expected from this but a serious story of a guy transforming into a killer clown left me confused and afraid for the future.

A grown man who looks like he just walked out of the bargain bin of Hot Topic is having weird-ass nightmares? You don’t say!