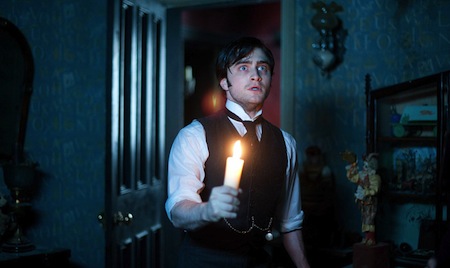 Joe gets honest, then drops some knowledge -- or at least some dirty jokes -- about the best and worst of 2012.

Now before we get going here let me start off by saying that I have not seen "Sinister" or "Prometheus" yet. It turns out I actually haven't seen a lot of movies this year so I felt it only right that I present a top and bottom 5 of 2012. Any more and I would just be adding movies to the list that I had seen because I actually got out and saw them. "ParaNorman" was alright I guess, but it shouldn't make a "best of" list just because I didn't walk out of it midway through. I don't blame you if you skip over my list all together.

1. Cabin In the Woods - A girl makes out with a mounted wolf's head. I don't want to live in a world where that doesn't make a film the best movie of the year.

2. The Woman In Black - Call me a sucker for jump-scares, but this movie frightened the holy living crap out of me. That scene where the rocking chair is going back and forth alone left me unable to have a number two for three weeks.

3. The Grey - Liam Neeson vs. wolves. If you're not into that you're probably Canadian.

4. Silent House - Things got a little weird at the end and even I was a little uncomfortable with 90 minutes of looking down Elizabeth Olsen's shirt, but this movie brought the tension like a mo-fo.

5. The Loved Ones - It turns out not getting laid on prom night isn't the worst thing that can happen to you. Brutal, uncomfortable and pretty damn clever. I just wish I understood what the hell everyone was saying. 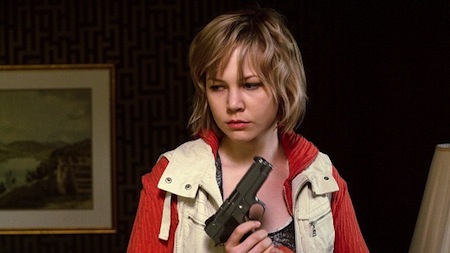 1. Silent Hill: Revelation - I never played the games and I never saw the other movie, but after watching this sucker I'm not sure I'm missing anything.

2. Abraham Lincoln: Vampire Hunter - So much potential and so much disappointment. I finally get to be that annoying prick who says: "Oh, the book was so much better".

3. The Innkeepers - 90 minutes of watching innkeepers actually keep an inn, 5 minutes of ghost attacks and some credits. Ti West has a stupid name too.

4. The Devil Inside - Any movie that flashes a website at the end so you can go finish of the story deserves to be punched in the mouth. Wait that was this movie right? If it isn't I still put it at number 4 for being so bad that I mistook it for another really bad movie.

5. Paranormal Activity 4 - The only frightening thing about the little kid in this film was his creepy ass sandals. No child in this day and age should dress like a 70's guidance counselor on a field trip.