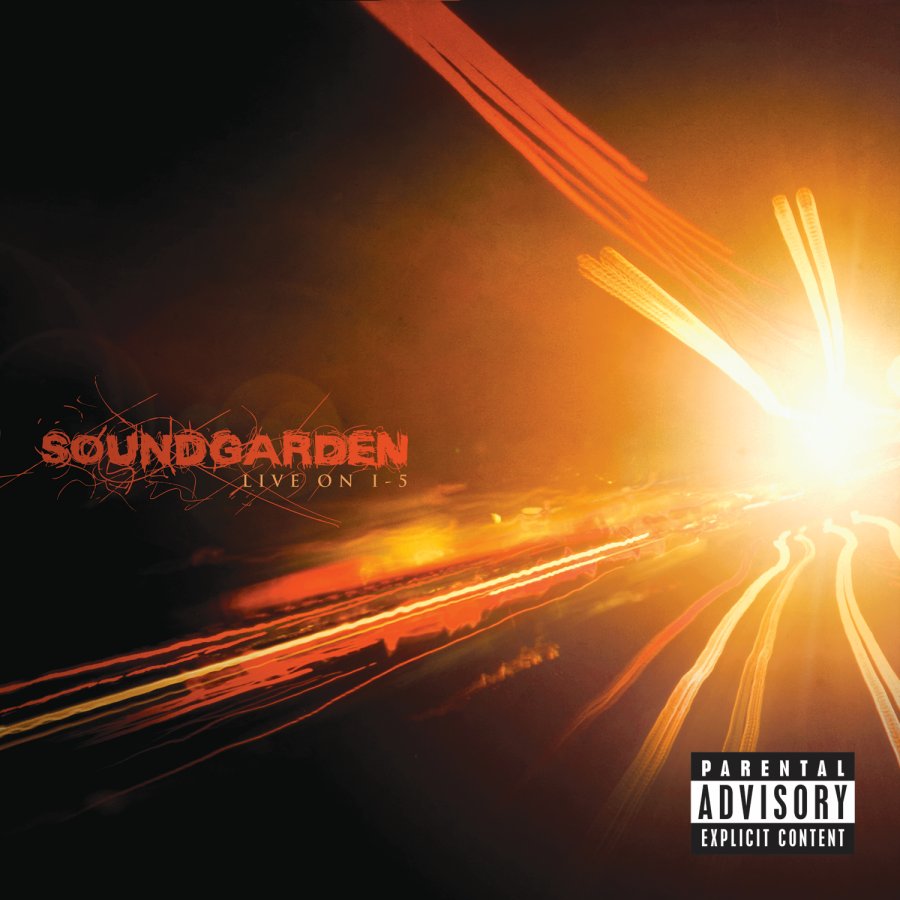 Album Review: Soundgarden - "Live on I5"

Soundgarden’s new old live album “Live on I5” is an interesting time capsule of music from fifteen years ago.

The compilation is born again from long discarded two-inch reels recorded in 1996 while Soundgarden made a short run of the West coast, roughly concurrent with the release of their (current) swan song, “Down on the Upside.” The tapes were originally intended to be released as a live album back then, but with the band’s dispersal on April 9th, 1997 (a dark day in the memory of almost 14 year old M. Drew, to be sure,) the tapes sat gathering dust in the closets of Studio X (now Bad Animals) in Seattle. Now released in their retro glory as we near twenty years since the breakthrough dawn of grunge, the tracks are best viewed through the lens of your mindset in 1996. So travel back with me…to a time when David Duchovny was the hottest name working in Hollywood. Michael Jordan was just about to embark on his second three-peat. Eve 6 wouldn’t score a single with “Inside Out” for another two years, leading to that event sometimes being referred to in music circles as “The Beginning of the End.”

The song selection for “Live on I5,” particularly when viewed as a reflection of the “Down on the Upside” tour, is both good and bad. While there are many album cuts that radio-only Soundgarden fans wouldn’t know (a messy, colored-outside-the-lines “Searching With My Good Eye Closed” for one,) there is also a distinct lack of material from Soundgarden’s early years. “Screaming Life,” the band’s heady debut EP, makes an appearance with the familiar and welcome slogging of “Nothing to Say,” but “Fopp,” “Ultramega OK” and “Louder than Love” are all completely absent. On the other end of the spectrum, it’s worth nothing that Grammy-nominated “Pretty Noose” is also not present on “Live on I5.”

So what does that leave? What it leaves is throaty, powerful versions of songs from the back half of Soundgarden’s catalogue, with a couple covers tossed in for good measure.

Chris Cornell, without the benefit of Pro Tools or Cool Edit or SAW (or whatever the Pentium 1 1996 equivalent of those was,) to enhance and refine his vocals is a very different singer. He still possesses all the raw power that is so memorable and iconic, but the sustained wails are replaced with choppy, bitten off notes. This entire experience sounds exactly like what the band would have been if not for A&M’s backing and the “Badmotorfinger”-and-beyond huge budget. For fans of the first half of Soundgarden’s legacy, this is a nice added perk, to hear what the hits would have sounded like on Sub Pop or SST. Listeners who know “Black Hole Sun” as the band’s signature song may find the change distasteful at first, but they might eventually think it a nice surprise to see the music they know played with reckless abandon and sung with unadulterated grit.

The other departure that makes this live effort separate from the studio records is the ubiquitous presence of Ben Shepherd’s bass. No grunge band, save maybe the Melvins (and Buzz Osborne dislikes that label,) possessed a prevalent bass idiom. Yet here, Shepherd is practically forefront in the mix, aurally jacked to the nines for projection to a crowd. The end result has a more pronounced backbone, particularly during the extended and wandering solo of “Slaves and Bulldozers,” or the quick and dirty cover of the Stooges’ “Search and Destroy.” 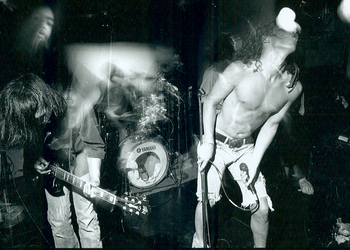 The album’s best turn comes right in the middle, as their cover of the Beatles’ “Helter Skelter” dovetails through similar chords into the somber, affecting “Boot Camp.” The actual cover of “Helter Skelter” is average, as the band detunes the piece and wears away the sharp edges, but the way it changes to the suddenly similarly paced and equally morose “Boot Camp” is sublime.

Also of particular note is “Rusty Cage,” which Cornell dedicates to “the Man in Black;” Johnny Cash having covered it for his album that same year. The song’s normally ferocious first half is played with a blistering extra half-step of speed, not settling down until the song crashes into the doom-laden outro.

“Fell on Black Days” is executed with the necessary determined solemnity, a striking performance of what on record had always been an understated (and overplayed) song. Similarly, Soundgarden injects some creativity into super-single “Black Hole Sun,” playing it without percussion. The song ends up being much more haunting without the expected punctuation of cymbal and drum.

Lastly, “Live on I5” might feature the be-all-end-all performance of “Jesus Christ Pose.” The song has long been a favorite of dedicated Soundgarden connoisseurs, and the band doesn’t disappoint with this authoritative, pummeling version.

It’s not all roses and cherries for “Live on I5.” Most of the songs from “Down on the Upside” are well played but feel more detached. “Burden in My Hand” is a nice cut, but somewhat sterile, “Dusty” is run of the mill and “Ty Cobb” doesn’t offer anything the album version didn’t. “Head Down” has never been the best showcase for Soundgarden’s ability, and could easily have been supplanted by “Gun” or “Smokestack Lightning.” “Slaves and Bulldozers” has always been a brilliant piece, and musically still stands out on “Live on I5,” but Cornell’s production-less vocals can’t quite crank that song like it exists on “Badmotorfinger.”

With all the rumors surfacing and in turn being buried about what Soundgarden might or might not be doing during this reunion, anything that can be proven in solid fact is worth exploring. “Live on I5” absolutely launches on March 22nd, and for fans new and old is a worthwhile addition to their collection. It is a portrait of one of the greatest bands in American music during the last twenty years, and was taken during the near apex of their dominion. Fans shouldn’t miss this, and those who are too young to remember would be well served to start here.