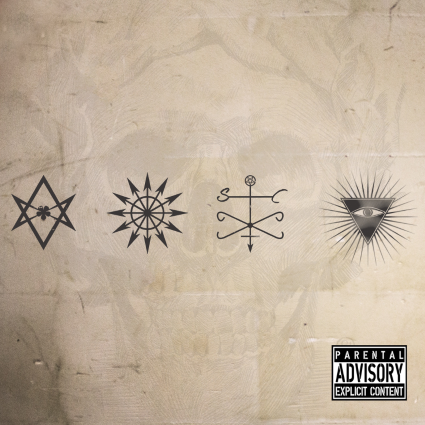 Ever since the death of 'real' rock and roll, and the rise of modern rock as we know it, there have been a few bands that have tried to resurrect the style and spirit of Guns N Roses, who are probably the last pure rock band to ever hold the status as the biggest band in the world.  The problem with almost all of these is that they either hold too close to the template to be of any artistic note, or they completely forget about the rich diversity Guns was able to showcase in their short career.  Doing sleazy rock and roll is easy, but none of the bands that found success did it exclusively.  They all tried various shades and textures, which is something that has been lost over the years.  A band like Hardcore Superstar put out a few really good albums, but they were one sleaze-attack after another, and soon got very old.

Santa Cruz enters the fray as another in the line of European (apparently America has given up) bands that want to bring hard rock back to its dirty past.  “Bonafide Heroes” wastes no time getting to the point, with a stomping riff that sits below lyrics about putting your middle fingers in the air.  It's about as cliché as can be, but despite that fact, the song itself is endearing.  When the chorus comes in, the stacked backing vocals sit well in the mix, and the chorus is laid-back enough to give off an air of coolness that tempers well with the more aggressive tendencies of the guitars.  It may have been done before, but it's done well, and that always matters more.

I can do without the “fuck everything you say” chorus of “Velvet Rope”, which just screams of teenage self-pity.  It's a shame, because like the opener, it's actually a rock solid song that deserves a better set of lyrics.  Sana Cruz clearly has the skills to write some catchy hard rock, but in pandering to a low-brow audience they have undercut the seriousness of their own music.  Like the problems Buckcherry found with their “Fuck” EP last year, there's only so much you can accomplish when the lyrics of your songs are either offensive to taste, or to intelligence.

“My Remedy” is the kind of song that even now might have be able to garner airplay, if not for the continued string of cursing in every song.  There's a time and a place for harsh language, but a song like this is not it. Santa Cruz has taken what is essentially a revved up pop song, the kind of thing that should be able to appeal to everyone with a sticky-as-hell chorus, and they've needlessly put some people off because of their lack of lyrical acuity.

There's just no need for that approach, other than a lack of better ideas.  It would be one thing if this album was filled with bitter anthems of hate, where the lyrics were mirroring the ugly emotions that seeped through every note.  That's not what this record is, however.  “Santa Cruz” is a slick, melodic rock album that should be well above such a juvenile lyrical focus.  My only thought is that the band must have thought that peppering the songs with obscenities would make them sound tougher, more hardcore, and more rock and roll.  Unfortunately, that completely misses the point of what rock and roll has always supposed to be about.

As I said before, this is a self-inflicted wound, because if you can ignore the poor poetry, “Santa Cruz” is actually a lot of fun.  The band has written a string of songs that straddle the line between 80s hard rock and Bad Religion influenced melodic punk, with all the heavy sounds and big choruses you could ask for.  Taken on face value, “Santa Cruz” is a winner of an album.  And if you're the target audience for their pandering, you won't have a single complaint about the record.