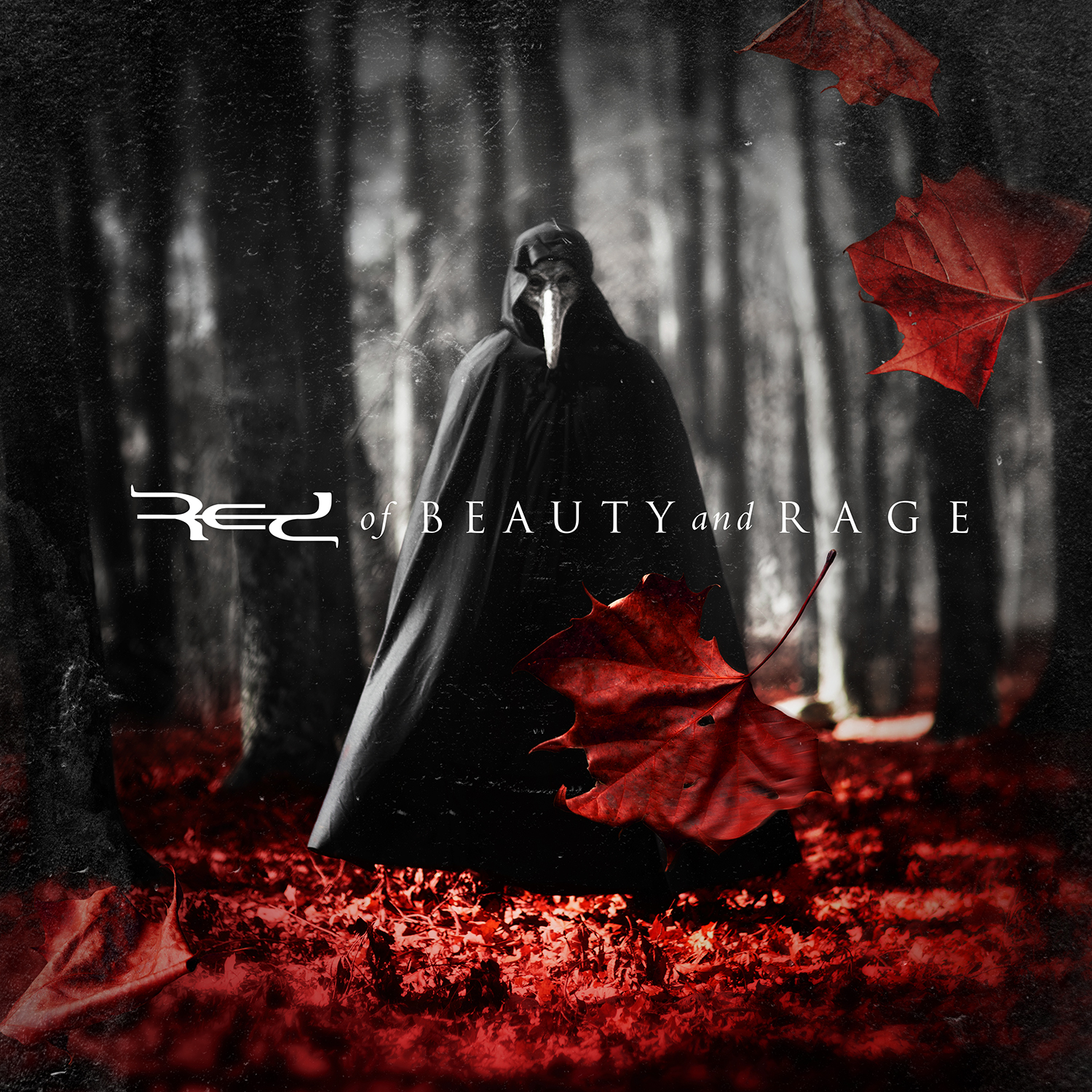 “Well, art is art, isn't it? Still, on the other hand, water is water! And east is east and west is west and if you take cranberries and stew them like applesauce they taste much more like prunes than rhubarb does. Now, uh... Now you tell me what you know.” – Groucho Marx

What do you know about red? It’s a color at the end of the visual spectrum. You can see it when you’re angry. You can be caught red-handed. It’s a 2010 film starring Bruce Willis and Mary-Louise Parker. It’s the name of a band who just released the album ”of Beauty and Rage”. Ah ha! That’s the one we’re looking for.

Red is a band from Nashville, Tennessee who formed in 2004. In the decade plus that they’ve been together three of the founding members, twin brothers Anthony and Randy Armstrong and vocalist Michael Barnes along with various drummers and guitarists have released four albums. Their newest offering “of Beauty and Rage” is album number five.

Says Barnes, “The concept for “of Beauty and Rage” is the dichotomy of good and evil, and finding Beauty out of things that we suffer within our lives”. The style of music Red plays is a modern take on the metal/alternative genre. It’s an amalgam of a number of different styles varying between quite heavy and not heavy at all. The result is a sound that falls just outside of my wheelhouse. My personal preference when it comes to metal tends to lean more toward classic or “old school” metal and Red seems more geared toward the teen set who will faun over Barnes’ emoting vocals.

Now, don’t get me wrong. Michael Barnes has a terrific set of pipes on him and his vocals are pleasant to the ear. Additionally, Anthony Armstrong is a heck of a guitar player and Brother Randy fills in all the gaps on bass, keyboards, piano and backing vocals. Anthony provides backing vocals as well.

Red is also categorized as a Christian metal band but the songs on “of Beauty and Rage” aren’t preachy or even overtly Christian as far as I can tell. But there are subtle references. For example, regarding the song "Gravity Lies" Michael offers, "This is a song of self-discovery in the 'truth' that you always believed about yourself due to the opinions voiced by others, yet that ‘truth’ does not really speak into who you are in God".

The songs they create are well played, well constructed and well produced. Their sound is thick, full and, for the most part, energetic. Red juxtaposes very down-tuned guitar parts with incredibly melodic so-called alternative rock parts to great effect. The group has a pop sensibility that makes their songs perfect for mass consumption.

The record starts with the keyboard heavy instrumental “Descent” which is as much “new age” music as anything metal and reminded me of the work of Kitaro. The next track “Imposter” begins in much the same “new age” way but quickly evolves into the aforementioned blend of styles.

The highlight for me is cut number three, “Shadow and Soul”. It’s among the heaviest of the songs on the album and I do like `em heavy. Like many of Red’s songs it has a very, let’s call it “mellow”, part in the middle before cranking it up again.

The song “Of These Chains” is a departure of sorts from the rest of the album. No drum tracks, no heavy guitars, no growling vocals, just four minutes of piano and a soulful voice. And, in my opinion, well placed in the middle of the record.

There are a total of 15 tracks including the intro (“Descent”) and the outro (“Ascent”). They more or less follow the same basic song structure. Some are a bit heavier than others but the band has certainly created “the Red sound”.

Randy chooses "Darkest Part”, “Shadow and Soul” and “Part that's Holding On” as his pick for the songs that best represent the album. “They are the most truthful dives into the human spirit we have ever attempted. As a band we have never been about pulling punches and these three songs are a punch in the throat. In the end we all have to find a way to hold on to what is right and what delivers the best version of ourselves”.

Unfortunately, for all of the positives “of Beauty and Rage” has, it just wasn’t my cup of tea.

I can appreciate what Red has accomplished, the skill of their musicianship and their passion. As Anthony says, , "We deliver our music and message aggressively using themes of theatricality and delving into the darkest parts of our lives in order to bring out the good. We are relentless and will stop at nothing to deliver great music that will inspire and bring the best we've got in our performances”.

I can get behind that.

The bottom line is Red is a good band. As musicians, Barnes and the Armstrongs are excellent. The production on “of Beauty and Rage” is top notch. Red is definitely in a position to be someone’s favorite band. Unfortunately, they’re not mine. There are moments throughout the record that I very much enjoy but, when taken on the whole, the album left me feeling a little flat.

I encourage you, gentle reader, to check “of Beauty and Rage” out for yourself. You may like it better than I did. You might say, “Wizard, you’re crazy. Red is the shizzle” and that would be all right. Your tastes are not my tastes. I like steak. You might like hamburgers. That’s cool. Variety is the spice of life. Now I think I’ll go out and get a steak. Enjoy.