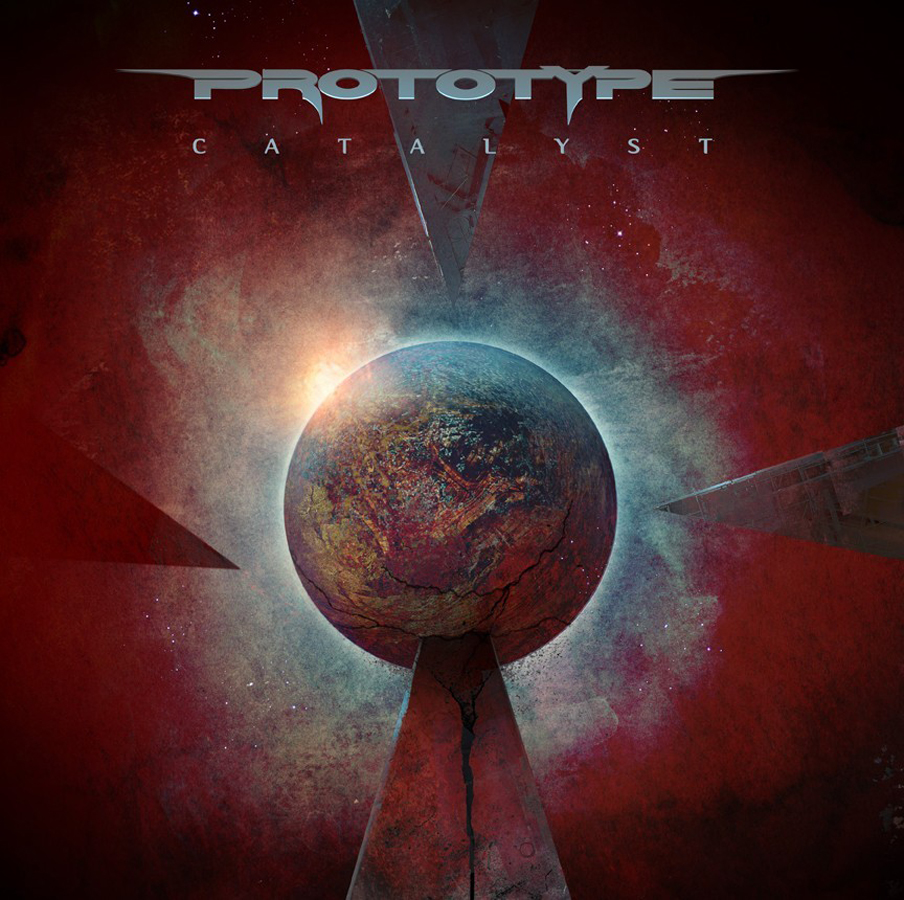 Prototype and their album “Catalyst” exist in a curious space, and it’s no accident. The band, over the course of their career, set out to provide material for two very different and heretofore unrelated metal fanbases: the base who wants up-tempo, minute to minute musical gratification, and the base who wants their music to be an aural experience. It’s a unique mix, one that ends up with “Catalyst” akin to John Bush’s later Anthrax records sprinkled with just a little bit of Rush’s wandering spirit. The task of carrying an insistent riff in an aggressive style for more than six or seven minutes at a time is assuredly an arduous one, and Prototype attempt to tackle the problem head on. You might say that the band is crafting another prototype. Sorry, it was sitting right there.

What strikes first about Prototype is their very deep guitar tone, punching into a near-gallop riff for roughly half the songs on the album, like a slightly lighter Fear Factory (back when that was a thing.) To listen to the title track is to be totally deceived about the album ahead. It begins with a raucous run of drums and deep-seated distortion riffs, and before you know it, you’ve been listening to that same kick for five minutes and you’re into the second song, the seven minute “Cynic Dreams.”

Part of the experience of Prototype is the lyrical mastery displayed by the combined writing team of guitarist Kragen Lum and vocalist/guitarist Vince Levalois. Their collective opining is beyond the realm of simple metaphors relating to destruction and debauchery so common in heavy metal. Rather, the passages reflect a deeper, it perhaps (it needs to be said) slightly melodramatic examination of the human condition. It’s an innovative and welcome change of pace for a musical style that is anything but quiet and reflective.

Where Prototype makes a poor decision is in the cuts like “My Own Deception,” where they attempt to blend harsh and clean vocals over the length of an eight minute song. That’s a difficult balance to perfect in a shorter composition, and stretching it out for the listener like that compounds the mistake, especially in light of the fact that Levalois is a perfectly acceptable clean vocalist in the first place, thus making deviation from that game plan unnecessary.

On the other hand, “Catalyst’s” other flaw is that many of the songs, while individually accomplished, blend together under the banner of sonic consistency. “The Ageless Heart of Memory” is a borderline brilliant song, combining artful soloing with skillfully changed speeds to create a unique experience. But, right next to it is “Gravity Well,” which isn’t as solid a piece, but is competent and exists in the same space. So, we have two selections that closely related and blend together, which is a problem that much of the album experiences.

Nonetheless, as a singles album, “Catalyst” is remarkably accomplished, coming to bear with good cuts late in the record, such as the sublimely designed “Exiled.” It is a song with a well-tempered metal heart; down and dirty without being overly explosive or anxious. “Exiled” is the album’s jewel; the cut which best exemplifies Prototype’s intent.

No lie: I’ve heard an awful lot of songs this year, and “Exiled” is among the best.

Prototype may have bitten off more than they or anyone thought they could chew, but “Catalyst” fits the band’s career-spanning idiom. It is another ambitious effort, one that should be lauded for trying to extend the boundaries of conventional heavy metal, but there’s still some minor tinkering to be done under the hood. The concept is quite worthy, and fans looking for something that’s familiar but different should give Prototype’s “Catalyst” a shot. Just be advised that it’s better as individual songs than as a whole album.