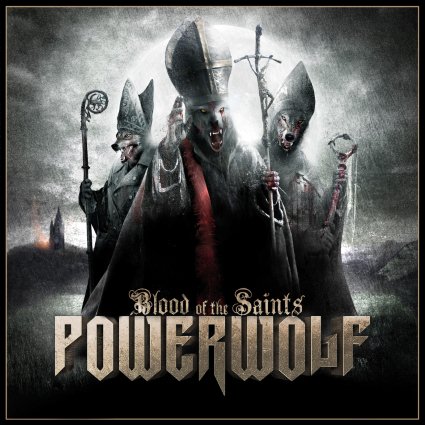 There’s something about German power metal that sets it wide apart from all other manifestations of heavy metal; it is even different than the power metal from other European nations. The strong identity of Germany’s entry into the genre seems to be brewed from a combination of that country’s robust tales of yore and musical idiom inexorably entwined with baroque and opera.

So it is with Powerwolf’s “Blood of the Saints,” an album steeped in religious lore and Wagnerian bombast. Similar to fellow countrymen Primal Fear and Edguy, Powerwolf is decadent in its presentation, complete from end to end with larger-than-life choruses, gothic themes and precise execution.

Where Powerwolf separates themselves from the crowd at large is with their seamless incorporation of rhythms and cadences that border on arena rock. A song like “Murder at Midnight” evokes memories of the halcyon days of German superstar metallers the Scorpions. It is this incorporation, coupled with the powerful and clean vocals of Attila Dorn that serves to make “Blood of the Saints” both a good barometer of the current state of power metal, and an album that John Q Musicfan can appreciate.

Most of the album is centered around the long-debated biblical passage from Revelation: “I saw the woman drunk with the blood of the saints and with the blood of the martyrs of Jesus.” As such, the album is piled high with thinly veiled and extremely vague references to blood as a general idea. Yet, those references are so bogged down with allusions to werewolves and other such fanciful fare that it seems more like the album used the biblical passage as a starting point than a statement for dissection or comment.

Even within that context, there are still tunes like “Dead Boys Don’t Cry,” a song that balances speed with theatrics and stands independent from the rest of the album. It is songs like this, joined with their placement, that keep the album from falling into a pit of repetitiveness. 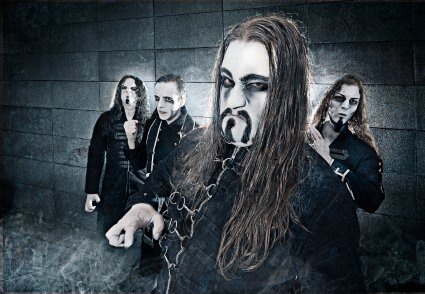 Eventually, the werewolf allegories take over, culminating with the Iron Maiden-esque “Night of the Werewolves,” and songs like “We Drink Your Blood” (which makes me, for some reason, think of Daniel Day Lewis yelling “I drink your milkshake! I drink it up!”)

The recording sounds full and healthy, whether it is the subtly booming drums or the accenting church organ, which both provide the necessary atmosphere for “Blood of the Saints.” There are rafter-raising choral sections, recorded entirely by a 40-person classically trained chorus in a 13th century cathedral. It’s that kind of dedication to execution that is often overlooked in Western heavy metal, and what makes power metal so connected to Europe. As far as instrumental virtuosity goes, the guitars are content to set pace and remain in the pocket for much of the album. There’s a nice accompanying solo in “Phantom of the Funeral,” but other than that, there’s not much to be had for fans who demand guitar artistry.

Still, it is single “Sanctified With Dynamite” that perhaps best typifies what Powerwolf is bringing to the table. It’s historical sense married with modern heavy metal techniques combines into a full-bodied romp that might well impress J.S. Bach.

“Blood of the Saints” has an ear for hooks and contains a number of could-be singles. It is steeped in literary references and Germanic lore, put to a marching beat by skilled musicians. While the album gives in to some of the gimmickry that is so prevalent in power metal, it’s also finely staged, remarkably catchy and impossibly theatrical. If nothing else, Powerwolf’s extremely capable new album will probably make you smile once or twice.