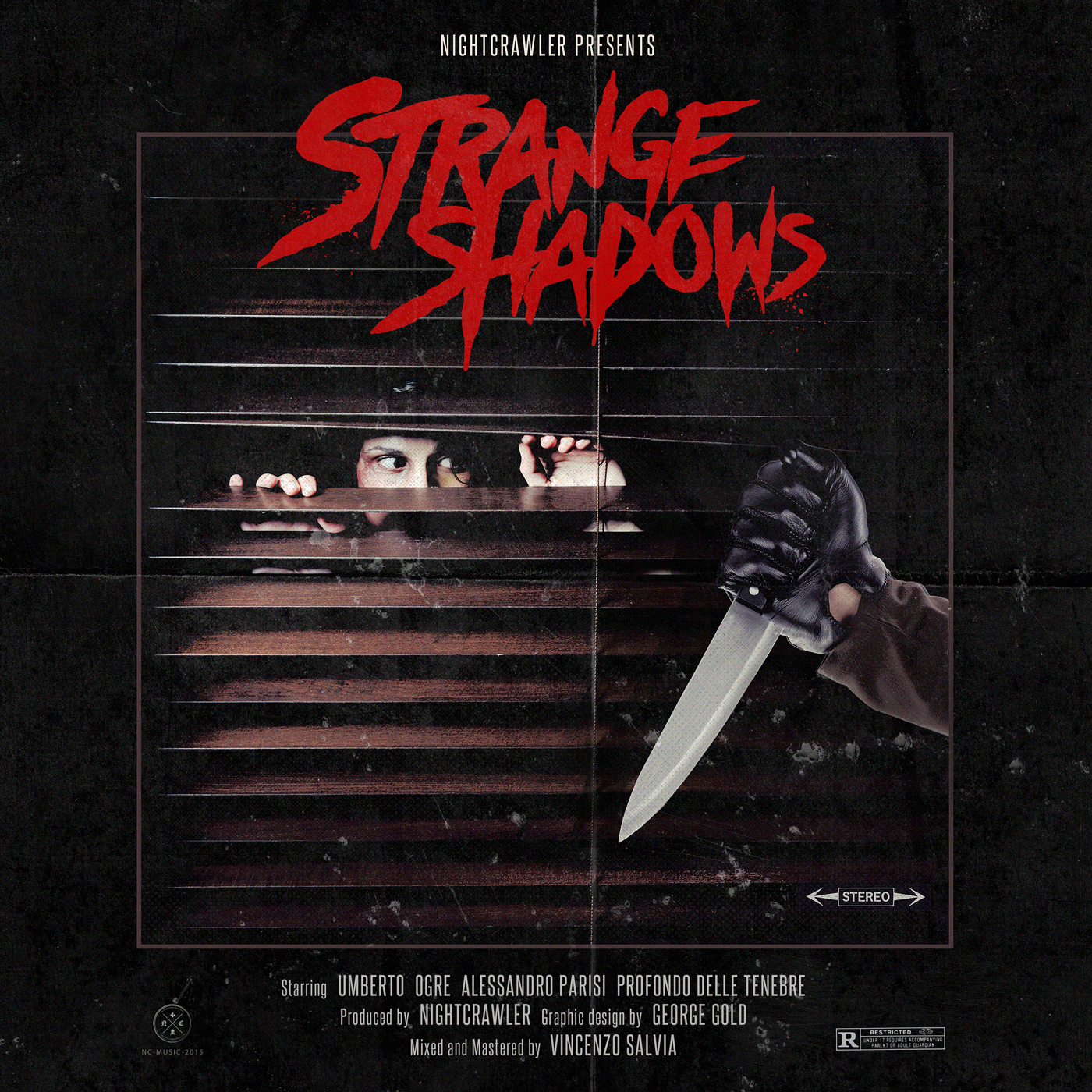 I am by no means a movie buff, but one of the things I recognize about movies, especially those in the horror genre, is that the music plays a bigger role in setting the mood than most casual viewers will ever notice. There are the glaring examples like “Psycho” that everyone can see, but the feeling of terror that great horror movies evoke can't come from disemboweled corpses alone. The music connect the images to the emotional center of our brain, and it is the music that makes the obviously fake scenes we watch feel like something far more real.

Nightcrawler shows us this phenomenon through their music, which on this EP is inspired by the Italian horror movies of the 1980s. While I will admit my ignorance of virtually any of those films, these songs serve as a fictional soundtrack to a movie that has yet to be made.

“Macabre Serenade” opens in a patch of thick fog, the crickets reminding us nothing is lurking in the shadows. A synthesized bass-line comes in, and we crack a wry smile, because we recognize the significance of the sound. When the percussion enters, and the synths play a sinister melody line, it's a classic combination of 80s horror and the video game Castlevania. For four minutes, we can imagine the unwitting victim walking into the trap laid out by the killer, never realizing that the end is near. When the notes descend at the end of the track, we know the killer's knife is now gleaming with blood in the moonlight, and our story has taken flight.

“Una Nota Violenta” is a perfect song to score a montage of the killer setting his traps, with the inhumanity of the electronic instrumentation put to good use in divorcing us from the conscience we expect to find in a character. There's a bit of “Miami Vice” that crops up, but that only makes me remember when horror movies embraced their campy nature, rather than reveling in how realistic they could make a disfigured victim look. Nostalgia weighs heavy, and works wonders.

When we get to “Pendulto Oculto”, the killer is hot on the heels of the hero, who is running for her life. The music marches along with the same steady beat that Pepe LePew used to chase down the victims of his sexual assaults (seriously, that's some dark stuff when you think about it). We think we're going to get away, but then the music lurches back into focus, and the hunt is on.

Our story concludes with “Calvary”, which is the depressing sound of a hero who has arrived too late to save everyone. There are undertones of sadness hat can only mean the killer has taken more lives than the hero should have allowed, and the legacy of violence is destined to result in a sequel.

“Strange Shadows” is a fun little EP that reminds me of the days when horror movies were still fun, and you could watch them without feeling like you were a horrible human being. Also included are four remixes, which up the 80s ante even further. Fans of movies of that time will enjoy this project. Fans of modern horror movies will think we're crazy. Maybe we are, but there's nothing wrong with that.