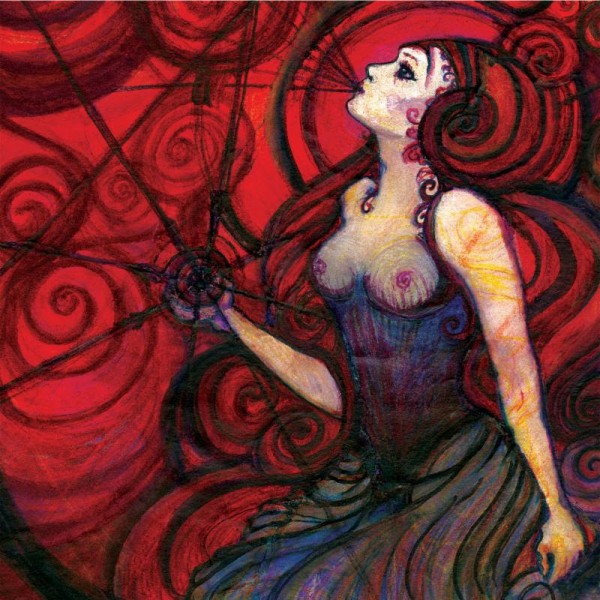 Album Review: Nachtmystium - The World We Left Behind

One thing we rarely see in music is a band that knows when to hang it up. Virtually every band that we will ever love ends only after they have beaten the horse to death, tarnishing their good name with an extra decade of sub-par albums and tours. It's rare for anyone in a creative field to know when their talents are slipping, or to tell when the public no longer wants them around. Every musician who enjoys being on the stage has an ego complex to some degree, and with that comes a need for the spotlight, and an inability to give it up. Without the music, without the spectacle of the show, what is life? That question is why some bands are still out there playing when they haven't written a song in twenty years, why some bands keep putting out albums when it's clear they have no interest in doing so, and why KISS imagines a world where the band can go on without the members needing to bother taking part.

Bands are also liars, so when Nachtmystium announced “The World We Left Behind” as their final album, forgive me if I don't believe them. It surely is the plan, but plans have a funny way of changing, so I will make no grand proclamations on the ending of an era. [After this was written, the band announced they are not in fact breaking up. Consider me prescient.]

Instead, I will talk about the album in light of my own personal bias, readily admitted, that black metal and I simply do not mix on an emotional level. In the songs on “The World We Left Behind”, I can hear an intellectual reasoning for the approach that I can understand, but the cold and bleak feeling of the music taps into a part of the human psyche I don't have. Black metal relies on a helpless, desperate, misanthropic sensibility. Unlike the scores of other types of depressing music, black metal is outwardly hateful, not inwardly; it's about hating the world, not yourself. With that foundation, it's no wonder why I have never found a black metal album I can truly say I enjoy.

Is Nachtmystium the band to change that? One thing I enjoy about “The World We Left Behind” is the band's willingness to break from the conventions of black metal, to explore sounds that have little to do with the frozen north. After the obligatory instrumental introduction, the first real song “Fireheart” opens with a riff that wouldn't sound the least bit out of place on an indie rock record. That's a bit ironic, considering how the same hipsters who turned tuneless jangling into a popular style of music are now doing the same thing with black metal.

Things get decidedly less interesting after that, as the songs fall more in line with traditional black metal. The opening minute of “Into The Endless Abyss”, with it's wash of distortion and continuous blast-beat, marks the low point of the album. It's a minute of solid noise with no construction that means anything to the song, or contributes even an untethered bit of musicality. It is filler, and it's not alone. The songs throughout the album are overlong, containing repetitions that don't enhance the parts, but drill into your ears how lacking in songwriting they are.

By the time the album finishes with the nod-and-wink “Epitaph For A Dying Star”, I'm left pining for music with more teeth. Black metal might purport to be the most raw and visceral form of metal, but when it's performed like this, it's as mighty as a day-old lion cub. It has the potential to be a dragon-slaying behemoth, but it's been neutered by its own self-belief. There isn't enough songwriting on “The World We Left Behind” to fill one of these lengthy tracks, let alone an entire album of them. Black metal fans will think I'm crazy, but if this is the best Nachtmystium can come up with, retirement doesn't seem like such a bad idea.