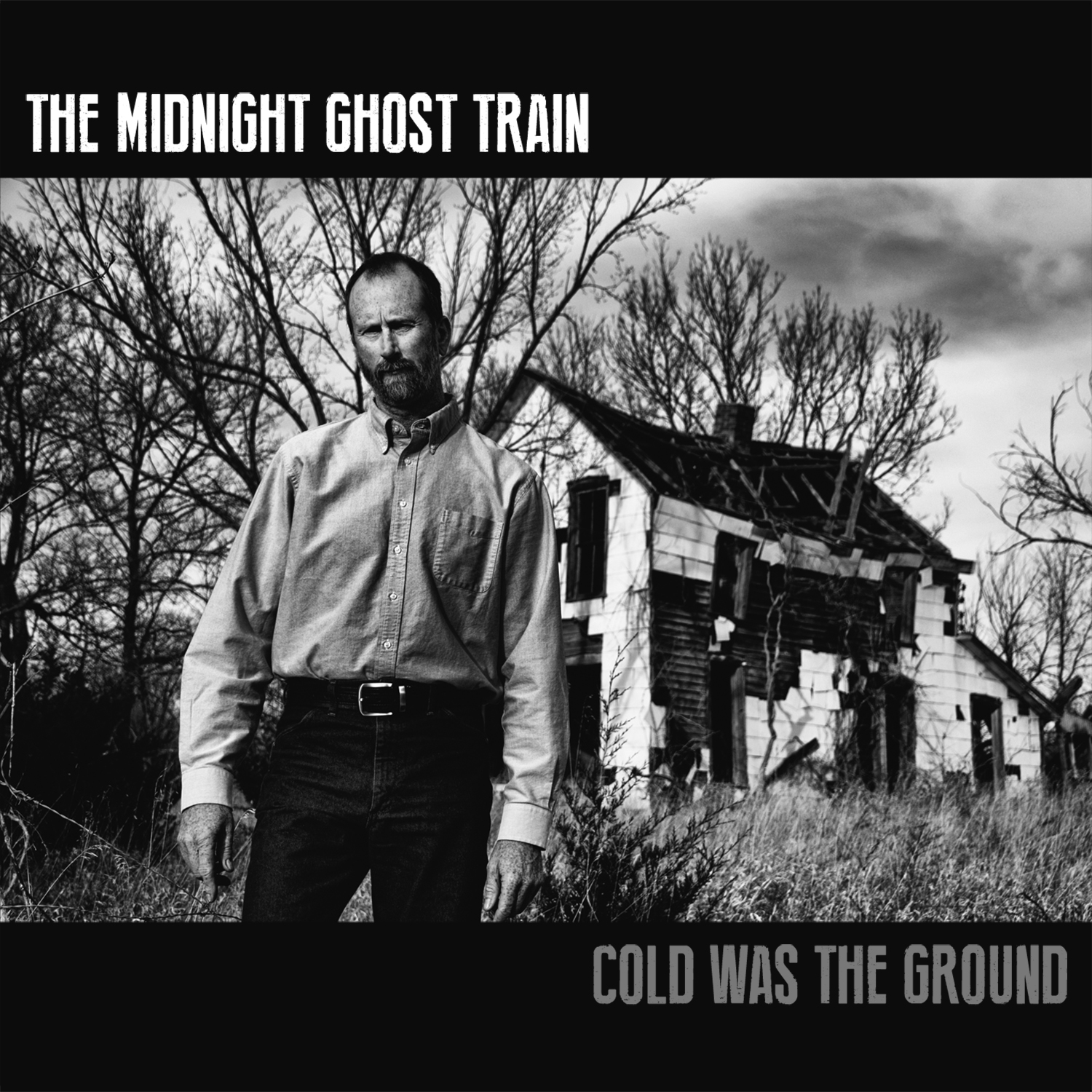 We’ve had this discussion several times over the years, but it bears repeating in this instance – metal will always provide a home for a band that indulges in the dingiest, sludgy depths of overdriven distortion and no holds-marred mayhem making.  For clarity’s sake, we’re not talking about the depravity of early Scandinavian black metal, but rather the destructive tendency of blues-based metal in the greater Black Sabbath family tree.  Kansas’ Midnight Ghost Train is such a band.

The band’s new album “Cold Was the Ground” comes across as an amalgam of a lot of different sounds, some of which don’t quite fit with the others.  Clutch, Viking Skull, Kyuss and even the White Stripes lend some inspiration to the proceedings of “Cold Was the Ground,” each element coming and going to compose a whole that if not uniform, is at least cohesive.  The band hardly tries to conceal who their favorites are; for God’s sake, one of them wearing a Clutch shirt in a press photo.  The balance of these elements is subtle, many of them mixed in with each other as Midnight Ghost Train shifts gears between straight ahead power and fuzzed-out distortion.

What’s important to focus on for this new record is the sheer power of MGT’s wall of sound.  “Gladstone” is a song of impressively dense construction, each thundered chord rolling out one on top of the other with enough distortion as to render them difficult to differentiate.  Even within that though, there is a groove that causes instinctive head-nodding, a hook that appeals to the four-four time junkie in us all.  It’s a feeling that undulates throughout the record, continuing into the impending nastiness of “BC Trucker.”

This record has one cut on it that sparks this Flaming Moe and by virtue of its contrast makes the entire album seem more colorful.  The haunted, emotionally distraught “The Little Sparrow” does for “Cold Was the Ground” exactly what “Dead of Winter” did for A Pale Horse Named Death on “Lay My Soul to Waste.”  The change of pace, the suddenly earnest and quiet vocal line accompanied by a dry, baleful rhythm and ponderous pacing combine to form one of the album’s jewels, a striking show of versatility in an otherwise straight ahead experience.

In general, “Cold Was the Ground” moves ahead at a slamming pace, so the suggestion of a rolling train in the band’s name is perfectly accurate.  There’s a lot of similarity between tracks which can be a buyer-beware moment if you like your albums to do more than a couple things well.  That said, there’s enough punishment in the back half to keep attention, including the jaunty bass opening and towering riff of “Straight to the North” and the articulate intro to “No. 227”.

Steve Moss pulls double duty for the band as guitarist and vocalist and while his guitar playing is properly tuned for the crashing wave that the band is musically trying to bring to life, his vocals are suspect.  The harsh vocal vibe isn’t necessarily wrong for this style of music (see: Viking Skull,) but takes some getting used to.  Fans who have grown up with the bellow of Neil Fallon or the strained calling of John Garcia are going to have to make an adaptation for Midnight Ghost Train if they need that kind of clarion call from their vocalists.  Moss’ style is by no means damning, but is a note of caution for overly particular fans.

“Cold Was the Ground” is a very good album at first blush and with subsequent listens may border on great.  A little more variety than just the one striking moment of “The Little Sparrow” would have been nice, but this record can stand on its own just fine as is.  If you need a dirty sludge fix and who doesn’t this time of year as the winter snows turns to spring mud, Midnight Ghost Train is a fine investment.