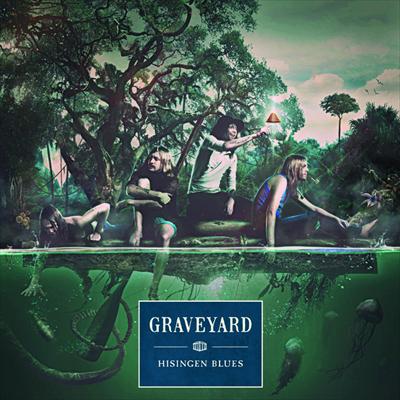 Under normal circumstances, when someone hears the words “Swedish band” and “graveyard” used in conjunction, it generally portends a musical world of spiked bracelets, corpse paint and songs about demons.

In this case, that summary estimation couldn’t be farther from the truth. Graveyard’s debut “Hisingen Blues” is one of the finest blues-rock albums this year, despite coming from perhaps the least likely source.

The press material for Graveyard boasts that their album sounds like a complete amalgam of Black Sabbath and Led Zeppelin. That’s a touch far-fetched. The album lacks the singular, recognizable grooves of Tony Iommi’s deep-throated riffs, and doesn’t possess the virtuosity of Jimmy Page. (As a side note, I tried to mentally synthesize what that combined band would look like. Certainly, you’d take Bonham over Ward, but each of the other three positions is debatable based on personal taste.)

That said, just because the album doesn’t live up to the hype of some kind of dream super-album doesn’t mean it should be discarded. The most appropriate analogy I can come up with for “Hisingen Blues” is that it’s akin to what would have happened if Jack Bruce had been the singer for Deep Purple.

It is rare in the modern era of music, particularly in music coming from Europe, to see a band that can effectively channel the soulful longing and simple but powerful emotional context of the blues. Yet, Graveyard not only represents those themes in a warm-rendered fashioned, but does so without guile or staged pretension. “Uncomfortably Numb” and especially “No Good, Mr. Holden” are both prime examples of the kind of roiling buildup that has always made the blues so subtly expressive.

The mix and final production of the album are a gloriously executed throwback to the analog-fuzzouts of the late 1970’s. The snare is muted, the kick drum rounded off, and everything comes out with soft, malleable edges that allows the instruments to weave into a single tapestry. “Buying Truth” is one song that uses this feature to its full advantage, coming to bear with a comfortably powerful mix that displays proper emphasis without overpowering the listener.

While there are good cuts on the album’s second half (“Rss” and the almost Ennio Morricone-esque “Longing,” for two,) the album’s jewel is nearly at the very end, with the gigantic “The Siren.” It’s almost worth bypassing many of the other cuts just to get to this wonderful construct of blues rock, complete with devilish themes and doleful groove.

The more I listen to “Hisingen Blues,” the more I like it. That said, it is worth noting that the album takes more than one listen to truly appreciate. The different folded layers in each song generally have to be dissected over two or three passes. Still, the reward for patience is a quality revival of a timeless musical styling that should be savored like fine food or wine.