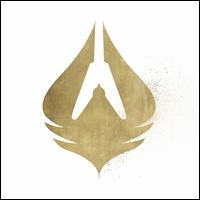 I hate it when this happens. You have a band that's at a creative crossroads. They can take their music in one of two directions, and they pick the wrong one.

And so we see Fireball Ministry, I band I have credited with a forgotten classic on these very pages, headed the wrong way on their new, self-titled album. Confronted with the intersection of edgy rock and roll and country-shaded metal, Fireball Ministry took the path of toward mainstream rock and the possibility of commercial appeal.

As a band, Fireball Ministry's success has always been a product of their snappy, hook-laden guitar riffs. With rare exception on the new album, those moments have been replaced with two-beats and power chords. With the exception of a few fleeting glimpses on tracks like "Followed by a Fall," and "Kick Back," the guitars are flat and uninmaginative.

The larger issue I take with the album is that there seems to be a lack of material. Each song, even "Kick Back" with its powerful riff, seems like a two-minute song stretched close to four minutes. Choruses are frequent and repetitive, and its noticeable in the first track "Hard Lines."

This ultimately damages what would otherwise have been great songs. "Butcher, Faker, Policy Maker" would have a chance if the song's initial punch could last the length of the song. But the melodramatic chorus breaks up the rhythm, and leaves the song without any particular bite.

No bite. Maybe that's the simple way of saying what I'm trying to say. I've always liked James Rota's channelling-Ozzy vocal style, but he lacks a sense of urgency that really helped carry "Second Great Awakening." The new album lacks a sense of get-up-and-go, which even in their more stoner-metal oriented efforts always provided the melodies with some pop.

The album improves on the second listening, as songs like "End of Story" gain a little more depth after you get through the initial reaction. There's some nice gang chorus in there, and an infectious, trademark woodblock-based drum beat. "In Their Own Right" is another song more in tune with what I've come to expect from Fireball Ministry, but it's no "King" or "Flatline."

I can't say this album is totally out of character for Fireball Ministry, as the songs still fit their musical idiom. To be fair, this album is not nearly what I would call awful, and it's not badly produced or unlistenable in any way. I just wish it had more punch.