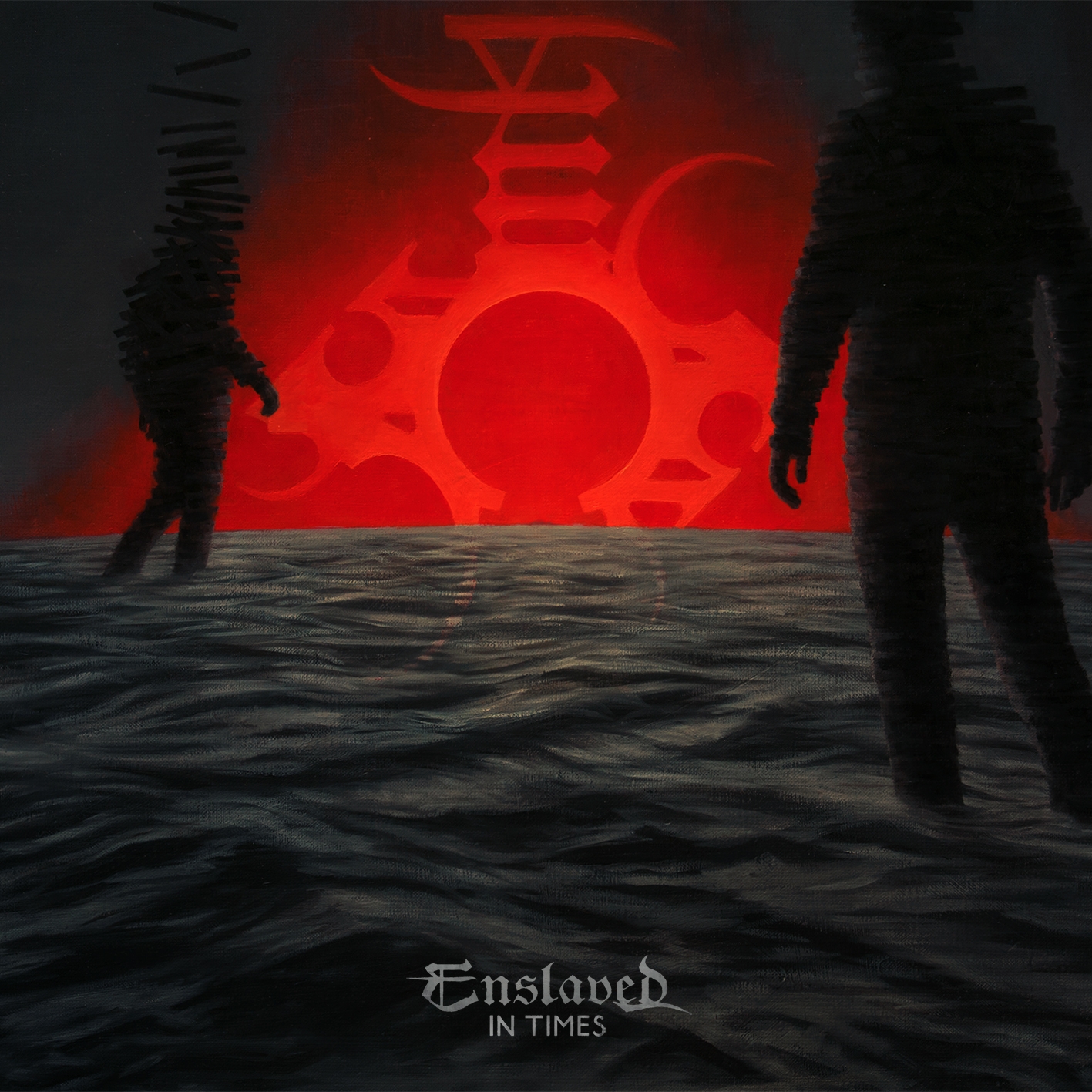 When we last heard from Enslaved, they were pushing forward with their blend of progressive and black metal, making a mixture of sounds that shouldn't work together sound unlike anything else. It was still a bit of a messy record, and I was far from in love with it, but Enslaved appeared to me to be one of the few bands in extreme metal that was doing something legitimately extreme; pushing beyond the assumed confines of the genre to explore what else lay beyond the horizon. The thing about the horizon is that no matter how long you search for it, no matter how how fair you sail to get there, it will always remain out of reach. For a band like Enslaved, their black metal roots will always keep them rooted to extreme metal in a way I'm not sure benefits the scope of their vision.

When “Thurisaz Dreaming” opens with a furious blast of black metal, I don't hear the jarring opening that is intended, but rather an acknowledgment that the style is no longer what it once was. There is nothing unique, extreme, or interesting about the screeching vocals and relentless snare pounding. If anything, it shows that black metal has such a formula to it that even the bands that aim to transcend the genre feel the need to adhere. When the song gets past that salvo, things pick up. The drumming slows down, the guitars fall into a circular groove, and the clean vocals set a haunting atmosphere that is far more effective at sounding cold and detached than the bitter croaking did. If I cut the first two minutes off the track, it's a startling and effective opening that makes me want to hear more.

“Building With Fire” takes an interesting twist, with riffs that could have come from both arena rock and Opeth, and a vocal melody that is beautiful in its fragility. The harsh blasts are integrated well into the song, serving as an accent to the music, instead of taking away the beauty the band is able to conjure. This is the kind of song that shows why Enslaved is held in such high regard. It's a nearly perfect illustration of how to use extreme metal as a conduit to more expansive sounds.

The band shifts gears on “One Thousand Years Of Rain”, which tips the balance more towards the black metal side, but retains enough of the nuance and melody that it doesn't fall into self-parody. The frequent use of clean vocals, more than anything, humanizes the music in a way that allows it to be engaging as more than a way to tell people off. And when the second half of the song breaks into what I can only describe as 'pirate doom', it's the sort of thing that comes so out of left field that it's absolutely perfect.

The only problem with “In Times” is that with only six songs, and all of them clocking in at more than eight minutes, the album doesn't give you much time to breathe as a listener. The lengths may give the band plenty of time to explore what they can do in a given song, but an entire album without respite can be a bit of a chore. For being a progressive take on black metal, there isn't much in the way of diversity amongst the songs. They all feature similar structures and lengths, which dilutes the impact each one can make, because they don't always feel like individual units. That being said, “In Times” is still a wonderful example of what black metal can be, when it allows itself to break free of tradition. I said similar things about Enslaved's previous album, but I have no hesitation in saying “In Times” is a better record than that one.