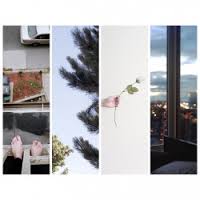 Album Review: Counterparts - The Difference Between Hell And Home

The role and mindset of a journalist is different depending on who you ask. The traditional definition maintains that journalists are supposed to be objective, meaning they should write without the perception of bias. Doing so, however, is incompatible with human nature, not to mention being just about impossible to pull off. Rather, the definition that is coming more into popularity is one where objectivity means understanding your own bias, and writing with that knowledge in mind, so that readers can understand where you are coming from.

When I see a band labeled with the tag 'hardcore', this bit of wisdom comes to mind. I have had, aside from brief exposure to Life Of Agony, no relationship with hardcore music in my lifetime. It's not a style that calls out to me, nor is it one my frame of mind readily understands. As much as any other piece of the metal pie, hardcore is built around anger and rebellion, two things I've never been much for. And as hardcore has edged closer to death metal and metalcore over the years, I have gained no further appreciation for the style. I admit this, which I think is necessary before moving on to the record proper.

Counterparts brand of hardcore is not entirely what I think of the genre, maybe because I'm stuck in the 90's when hardcore was something far different. This variety of the music isn't far removed from the kind of material Killswitch Engage plays, just without any hint of that band's melodic sensibilities. Counterparts goes for the throat and stays there, blasting through the entire record with nary a care for the sake of dynamics.

What surprised me about the record is the cleverness of the guitar playing. I expected little more than simple riffs designed to pummel me into submission, but was caught off-guard with the little intricacies the band throws in, giving their songs a bit of dimension beyond being heavy and nothing else. “The Difference Between Hell And Home” is a far better record for guitar fans than they might be expecting.

Corralling relentless drumming and continually barked vocals into songs can be difficult, and Counterparts doesn't always succeed in doing so. Much like herding cats, something is always sneaking out behind your back. When the guitars take center stage, the vocals take away the dynamics. When the songs try to be more balanced, they feel stale. But on a couple occasions, like “Debris” and “Witness”, everything comes together, and you get an idea of where the band is headed.

Those kinds of songs are intriguing, even to me, but lack the spark to make me want to hear them again and again. There's a limit to how ingratiating abrasive music can be, and Counterparts doesn't do anything so refreshing that I'm sucked in. Maybe it's perfectly fine for hardcore fans, but I need something more out of my music.

Judging this record is something I don't feel I'm qualified to do, because it is completely outside my wheelhouse. I will say that I understand what the band is trying to do, and if they were able to hit on all cylinders throughout the entirety of a record, I think I might enjoy it. But as it stands, “The Difference Between Hell And Home” is a record I've now heard, and nothing more.