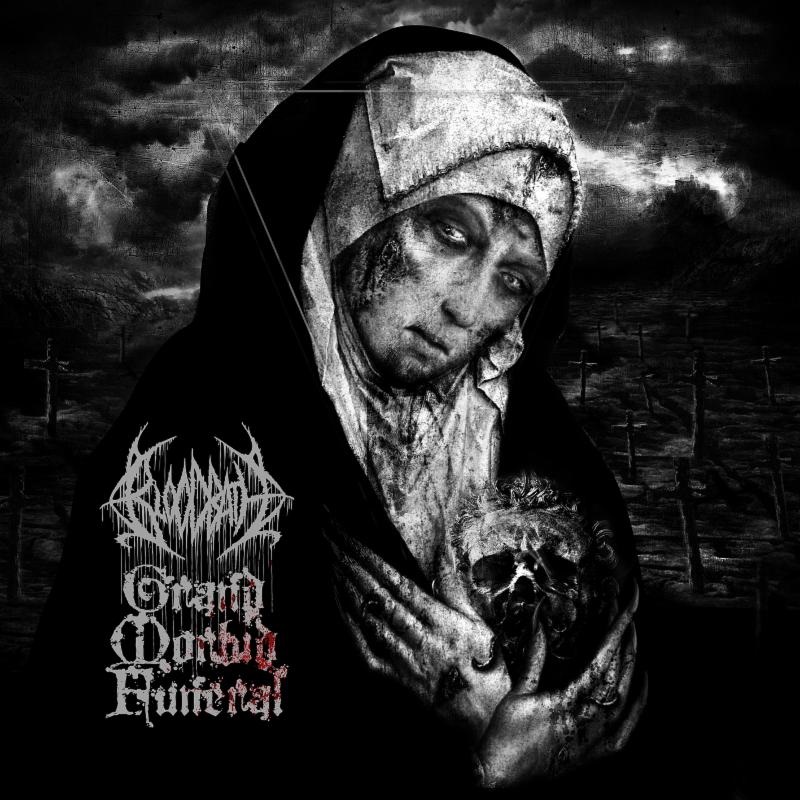 Anyone who has read these pages knows that I am not much of a fan of pure death metal. Having it mixed into more progressive sounds (a la Opeth) or played with melodic passages (a la Scar Symmetry) is just fine, but I have rarely ever sat down and played a pure death metal album end to end. That being said, there are a couple of exceptions to that rule. One of those is Bloodbath, who have shown the rare ability to make death metal that is both ferocious and catchy. "Resurrection Through Carnage" is one of my handful of favorite death metal records because of this fact, with the song "Like Fire" the perfect embodiment of what I think death metal should do more often. Bloodbath has had their ups and downs, but they remain one of the few death metal bands I'm genuinely interested in hearing.

"Grand Morbid Funeral" marks their first album with the third vocalist of their career, this time recruiting Paradise Lost's Nick Holmes. The choice was unexpected, and gave an air of uncertainty heading into the record, which was promised to be a dirtier, more visceral record than "The Fathomless Mastery" was. In terms of death metal, the more bare-bones approach is the right way to go.

What is clear on this album is that Bloodbath has lost none of their fury, churning out songs that crush in the same spirit as the classic death metal albums that inspired them. The production is suitably crusty (though not quite as ridiculous as the guitar tone on "Resurrection Through Carnage), and there's a real weight to the slower chords. Without having to play an eight string guitar tuned down to the point of being inaudible, Bloodbath is devilishly heavy.

Part of that heaviness comes from Nick Holmes' vocals, which were the biggest question mark coming in. He is not the stereotypical growler, which is exactly why he was the perfect man for the job. His voice is still rancid, but he remains intelligible, which only makes it easier to connect to the music. We've forgotten that his is the original sound of death metal, and not the ultra-guttural belches we hear so often today. If you want to make old-school death metal, this is how you do it.

And Bloodbath does it well. They are expects in knowing how to write this kind of music in a way that doesn't bog down in the sameness that makes death metal so tiring. These songs speed up and slow down, ebbing and flowing as need be, turning the record into more of a wandering journey than might have been expected. This is still primal music, but there is a deft touch that reminds you of how long these guys have been making this kind of music. They know what they're doing.

The only thing "Grand Morbid Funeral" is missing is a bit of the catchiness that made their first two albums so special. There isn't a "Like Fire" or "Eaten" here, no song that will stand out and become this album's live anthem. That isn't to say there aren't memorable songs here, because there are, but they aren't the kind that blur the line between hanging on a hook and being impaled by it. This record is a bit more reserved in that respect, which can be taken however you want to.

In the end, the people who worried about Bloodbath once again venturing out with a new singer can rest assured that the band is on solid footing. Nick Holmes fits in seamlessly to what the band is doing, and their return to old-school death metal is a welcome shift. This is what they are best at, and when they do it well, there aren't many better. "Grand Morbid Funeral" might not be the best album Bloodbath has ever made, but it's probably still the best death metal album of the year.