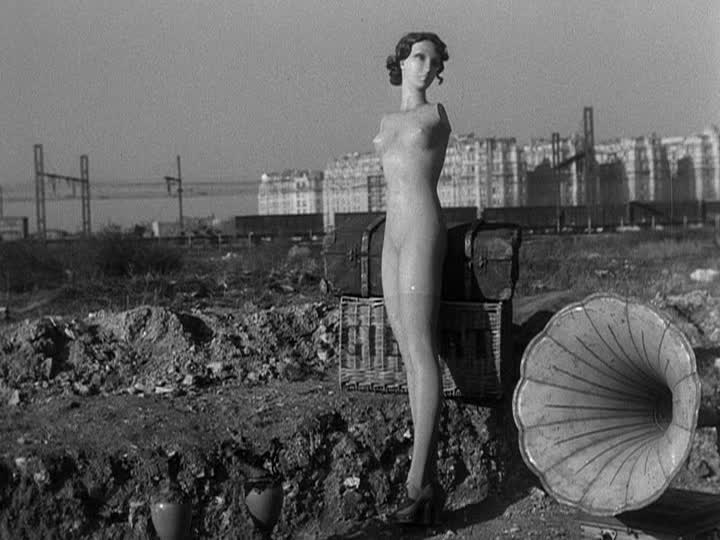 With the glut of found footage, mocumentaries and ghost hunter TV shows one could forgive the average movie-goer for being numb to the whole concept of ‘journalistic’ chronicles of actual events as a way to tweak their horror bone. I myself seem to be turning a cold shoulder to many of the latest offerings from the documentary or near documentary-style area of the genre. “Paranormal Activity 3”, “Apollo 18”, TV’s “The River” are all ideas that would have had me lining up 10 years ago; in today’s climate the best I can muster is a ‘Meh, maybe I’ll catch it streaming on Netflix’.

Because of this encroaching tide of apathy I wanted to populate this list with films that I think do something different with the documentary format or those that gave me an experience I didn’t expect. For this reason almost none of the documentaries featured on this list actually fall in the category of horror. Having said that I think the 5 films presented here have the potential to shake the viewer, in some cases more deeply than most standard horror offerings.

Being a lifelong carnivore I have become inured to the suffering of animals in the interest of feeding people. I still am to a large degree but Director George Franju's ("Eyes Without a Face) debut film in it's stark, desaturated lyricism makes me wonder if being a Veggie isn't the more noble and respectful path. The video above is the whole short film.

A work of exploitation exploration, it’s impossible to say a filmmaker that points his cameras directly at a bridge in hopes of catching people making the last deliberate act of their life is completely free of morbid fascination. It’s up to the viewer to decide whether or not they want to be complicit in director Eric Steels search for the largely unnoticed final moments of these deeply troubled people. To Steel’s credit he works to tell rounded stories that at least suggest how some of these individuals arrived at the decision to end their lives by plummeting from the fog-shrouded deck of the world’s most recognizable bridge. What really makes the film work, for lack of a better word, is that Steel eschews deeper clinical analysis and a more direct, interview driven structure in favor of visual poetry. This is a wise choice because even as a slightly jaded resident of the Bay Area the mystery of the towering ,mist wrapped expanse of the Golden Gate Bridge and its role as a beacon for those who want free themselves from suffering presents a powerful illustration of what can and can’t be known about the human experience. The film presents this as a potent visual marriage of three factors, the human subconscious, the iconography of progress, the cold grandeur of the natural world.

This is a documentary that looks at how an urban legend came to life for a Staten Island Community adjacent an abandoned mental hospital. What I like about this one is that it actually manages some tension and gives the viewer reason to question if everything that is reported is real. The character of Andre Rand is drawn just well enough to make the audience wonder if the convicted child killer is in fact the sub-terranean beast he was convicted of being or if his appearance and otherness played a role in his conviction. It isn’t a flaw-free execution tying events together with legend but it is compelling.

View this movie at cultureunplugged.com

This one is absolutely devastating. It’s a short expose of the destructive influence of China’s one child per family policy. This intense undercover journey reveals the pitiless extremes of infanticide and state forced abortion and sterilization while painting a portrait of institutional cruelty that echoes the horrors of Hitler’s and later Ceausescu’s treatment of orphans and those with special needs. I am a parent and an easy mark for things with kids so this one may be a little more heartrending for me than the average single dude. Still, if you make it through this one without a wave of outrage and deep sadness you’ll be lucky. Horrifying, real and reflecting the most offensive practices of modern man, “The Dying Rooms” is not terribly even-handed, but this might be one instance where a lack of a balanced presentation is justified.The link above is for the whole short film.

Altamont is one of the events that helped to start the lowering of the curtain on America’s greatest era of social revolt. Much like the Tate/ Labianca murders, this now infamous free Rolling Stones concert brought to the forefront of public consciousness the inevitable dark counterpoints to the Love Generation’s crusade of light and peace. And while there is no shortage of film on Manson and his cohorts, I’d make the argument that none of it possesses the power of “Gimme Shelter”. Part of what makes this piece of celluloid so unforgettable is that you can almost read the loss of innocence on the faces of some of the era’s most recognizable icons, Grace Slick, Jagger, Paul Kantner et al. The way the directorial duo the Maysles brothers build the atmosphere leading up to the chaos and the isolated feel of the remote Altamont speedway is nothing short of brilliant. This is a nearly complete portrait of the times, one that unfurls like a road map detailing the promise of the movement through the power of its music while also charting the treacherous byways of un-tempered idealism.