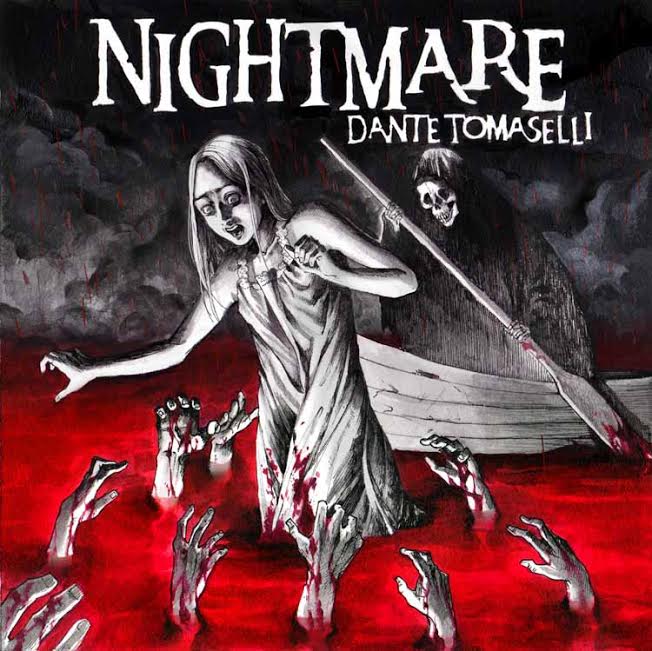 5 Questions: Surrealist auteur Dante Tomaselli tells us about his nightmares

By Eric N on September 14th, 2014
I've personally been a fan of Dante Tomaselli's bizarrely surreal indie horror films since I saw his first work, "Desecration" over a decade ago.  He's continued to release films over the years including my favorite of his, Horror, and his latest work Torture Chamber.  While checking in with him recently, I discovered
that he's now putting his musical talents to work, releasing not one but two horror themed ambient CD's just in time for Halloween.  With that in mind, we threw 5 questions his way, and here's what he had to say...
Tell me about your latest musical endeavors...
I'm putting the finishing touches on Nightmare, my third audio CD and I'm just beginning the mastering process with my sound engineer, Don Olson. We're checking levels, transitions, making sure there are no glitches or pops. Later this week, I'll deliver the album to the distributors, Elite Entertainment and MVD Audio. I'm a little late on delivering it. This took longer than the other two projects, Scream in the Dark and The Doll. I sculpted it all summer long. I tend to get lost in the creation and time dissolves.
I've had some of the most disturbing nightmares lately, even rivaling childhood ones. I really think I might need to do something about it, I mean aside from making films and music. I've had sleep problems for as long as I can remember. Sleeping walking. Insomnia. Nightmares. Just recently, weirdly, on the anniversary of my Dad's death, I had a vicious indescribable dream where I jolted awake and literally flung myself onto the sharp corner of a wooden crate....located on the other side of the room. I was bludgeoned. I had a fever, chills. My back was punctured with such force...I really should have gone to the hospital. Many times at night I'm actually afraid to rest my head on the pillow. Something is suffocating me. I keep waking up in the middle of the night, running out of bed...gasping for breath.
Your last film, Torture chamber, was a bit of a departure for you. What's the biggest lesson you learned during filming?
It didn't really feel like a departure for me, more like a natural progression. I've learned so much from each feature film. As you know, I've been doing this since the 90's. Technology is constantly changing. Torture Chamber was shot on RED, my first experience with that medium. I definitely liked that I could shoot more footage on a limited budget and there's no doubt the image is so colorful and pristine. Also everything is so much more flexible in post production. You can do a lot in terms of fixing and smoothing over rough edges. I would shoot on RED again definitely. Still, there's something I admire about film. I like some grain. I like some areas where you can't decipher what's happening...blurry, hazy sections of the frame. All my other films were shot on Super 16 mm. There are pros and cons to both. I was asked to teach film at a few colleges but I declined. It's just not me. Whatever I learn I guess I, you know, internalize. It's like a magic trick. A secret. Plus I'm not really the most expressive person in terms of words.  I like to show how I feel with pictures and sounds.
You've developed quite the catalog of films over the last decade.  Are there any strong themes that tie them all together? How do you think your voice has evolved over the years?
Thanks. Well, I think if I die in a terrorist attack in NYC today, if nothing else, I will leave behind a legacy of weird micro budget horror films. I'm not sure how to categorize them. Maybe call them psychedelia. The late great Chas Balun, an early supporter of my projects, predicted that my films would be more appreciated after I'm gone.
I'm interested in surrealism. The implosion of the family unit. I'm drawn to the idea of being lost...not knowing what's coming up next. There are themes of childhood trauma...repression and guilt threading through all my films. Religious fanaticism. I firmly believe religion will be the death of us all. Hypocrisy. Psychic torment. I just tap into what I feel I need to illustrate. It's like painting.
Is the Alice, Sweet Alice remake still something you're involved with? What's next for you?
Yes, the film is in development and it's something you won't hear me talking about again until one day you look onto the news...and see that it's in production. I'm always toiling away in the trenches and as crazy as I might be, I'm tenacious. I'm also writing a screenplay that I plan to direct and score called, The Doll. It's about a violent haunting at a family owned wax museum in Salem. A horror film, of course. Fangoria's Michael Gingold is co-writer.
Halloween's coming up soon, do you have any rituals?
John Carpenter's Halloween has been a ritual since I saw it in theatres on my birthday in 1979. This year, I hope some horror fans will enjoy my Halloween music disc, Scream in the Dark.  The hallucinatory soundscapes were designed for Halloween festivities, funhouses and listening in the dark.
Check out Dante's music on Amazon
For more info on his latest film, Torture Chamber, visit the film's official site.
https://www.youtube.com/watch?v=owGzomrZijY