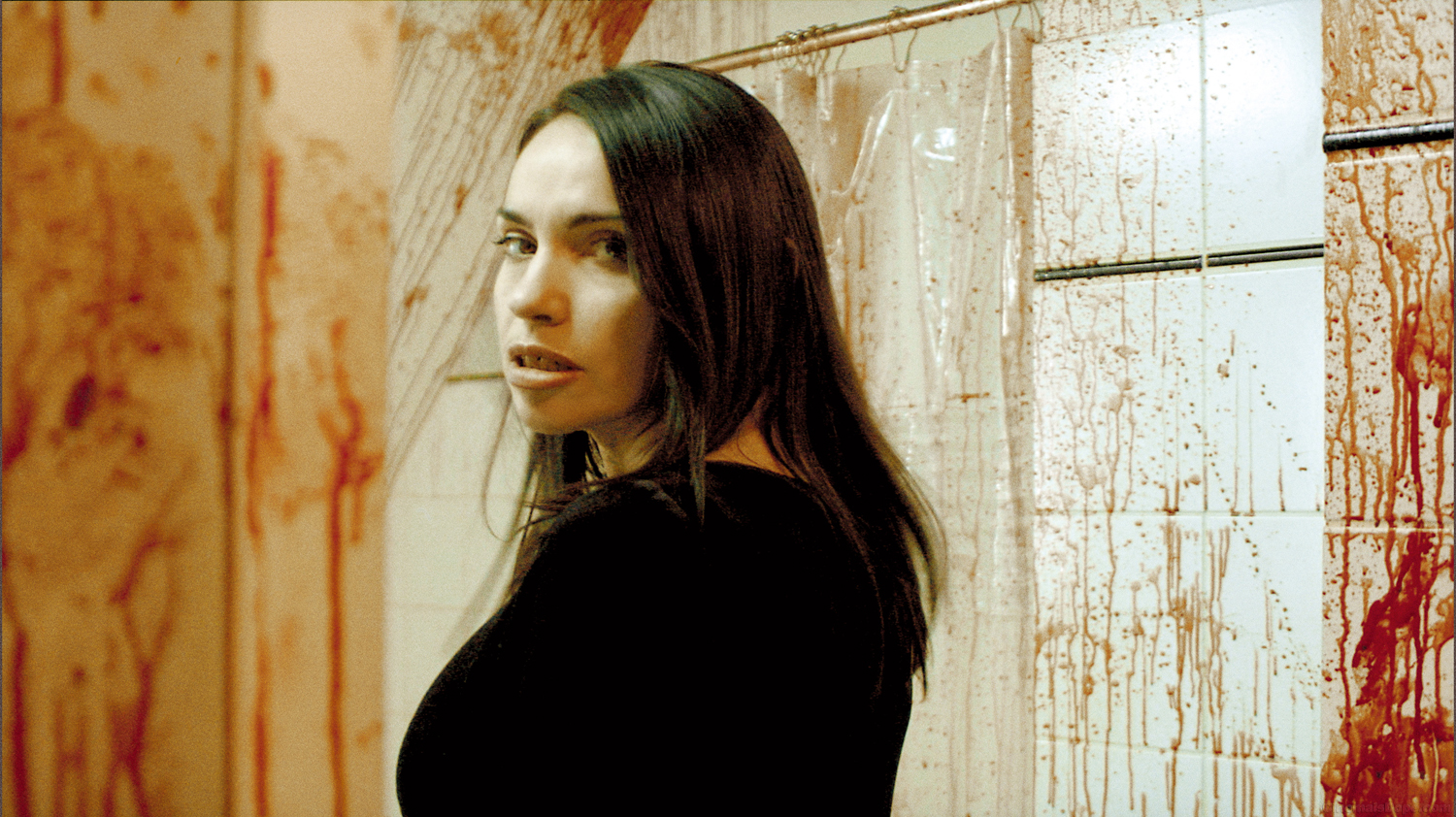 5 of Horror Cinema's Most Unhinged Women

The tradition of violent or treacherous women in cinema goes back almost as far as film itself. Having said that the golden age of devilish female characters would probably have to be the post-war years when Film Noir unleashed a torrent of deceitful Delilahs into cinemas the world over. Though Noir and Femme Fatales had existed in film in the years prior to World War II it was in the dying euphoria after the war’s end that the portrayals of driven and often vicious women really captured the American public’s imagination. The ruthless and manipulative female characters of the genre jibed well with the fears some men harbored about the freedom and power afforded to women who had gone to work to support the family or taken to the factories and to help bolster the war effort. The fact that many women felt empowered to not only keep on working when the boys returned home, but formed organizations to advocate for a more egalitarian framework in society as a whole only served to further stoke masculine anxieties .

But while there have always been devious women in film and theater, it has been a more recent phenomenon to graphically illustrate a woman’s total surrender to immorality and craze. Is this a sign of feminist progress? Is it a trend that sets out to show that women can dig into the howling darkness of their psyches and represent violent pathology as well as any man? Or does the fact that a man authored the moral trajectory every female character listed below simply show that men's' irrational fear of powerful women continues to manifest in depictions of women as unrepentant loons? I don’t know that it isn’t a bit of both. I do know that these performances are memorable, one Oscar nominated and all of them feature enough madness to challenge any male villain ever offered up on celluloid.

5. Beatrice Dalle as “La Femme” in “Inside (L’interieur)”

As much as Dalle flabbergasted some younger American audiences that had no idea of her body of work, this wasn’t exactly a surprise for those who had a familiarity with her career. Dalle has found a nice little corner of the arthouse market playing inside of dysfunctional worlds or as the source of all dysfunction in an otherwise normal world. Still even for someone who has made a nice living playing a sufferer of viral cannibalism or one half of a self destructing couple in dying world, “Inside” marked the high point for her onscreen insanity. What makes 'La Femme' so deeply frightening is not that she is methodical or completely out of her mind, it’s the unrelenting drive and focus to achieve her hideous goal.

Outside of "Cape Fear" Lewis was never more possessed of raw energy and charisma than she was in Oliver Stone’s undervalued mid-90’s, hog wallow/expose. Heavy on improvisation and post modernity the film gets accused of being too much, too often and reveling in what it tries to indict. Yes, yes and YES!, I say. But what really makes this thing work is that while everyone is intentionally doing caricatures Lewis is the one who repeatedly visits the edge in earnest. Mallory Knox is a sexually abused child who is reliving her trauma at every turn, completely exposed to the public eye. And the more she is forced to question herself the further she is pushed into the vortex of Mickey’s Mayhem. Did I mention that Lewis might actually be crazy? That creates a nice guessing game for the viewer as the film unfolds, is she acting or…?

Deepak Chopra said, “In the midst of movement and chaos, keep stillness inside of you.” Well, Shiina’s character of Asami is the converse of this idea. Shigeharu’s dreamgirl is as outwardly placid as they come but, as we discover, even when Takashi Miike is exercising Ozu-like restraint a nosedive into stunning violence isn’t too far off. The transformation that Shiina makes is remarkable because she doesn’t decompensate into a wild-eyed madwoman or a kinetic spring of uncoiling viciousness. Instead Yamazaki displays a sweeter more personable affect as she prepares to destroy everything in Shigeharu’s life.

2. Diane Ladd as “Marietta Fortune” in “Wild at Heart”

Diane Ladd is Laura Dern’s mother in real life as well as playing her in this 1990 David Lynch Freakout. Many may forget that Ladd earned an Academy Award nomination for her turn as 'Fortune', but it was well deserved. The screen veteran oozed violent Southern smarminess and lent a bonafide sense of menace while reinterpreting the Wicked Witch of the West in Lynch’s take on the Wizard of Oz. Watching Ladd strip the façade of Marietta’s Southern refinement down to outright homicidal mania gives “Wild at Heart” one of its most recognizable Lynchian themes, the close proximity of bubbling destructive impulses and middle-American morality.

I fell in love with Robin Wright when I first saw her in “The Princess Bride” back in 1987. Wistful gazes, soft, flawless features and talent to burn as an actress made me loyal to her for years afterwards. Her performance in “Sorry, Haters” trumps everything she has done to this point in her career and when I saw it I fell instantly out of love her. If Phoebe Torrence met Forrest Gump’s Jenny she’d drown her in a bathtub filled with her own feces and then collect Jenny’s disability checks for two months before framing Forrest for her murder. Robin goes from a seemingly like a vulnerable career woman to a borderline to full blown anti-social personality disorder, and even if you go into the film knowing that arc the end is still jaw-dropping. The scariest thing about this one is that RWP creates an all-too-recognizable surface persona for Phoebe, so that when she descends into complete madness it leaves you questioning if maybe you haven’t met a person exactly like this deranged banshee somewhere in your own life.