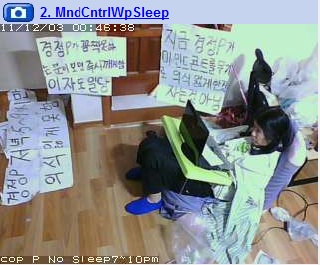 Some see the internet as a vast wellspring of promise, hope and resources. I prefer to look at it as a boundary-less ward that houses my grimmest preoccupations in great number. I have laid these dark fascinations over top of all the more legitimate applications for the medium. For instance, some people view live webcams as a unique chance to viddy a different part of our world and pick up on the organic pulses and rhythms of another place. Still others see webcams as a chance to discuss the themes of Pablo Neruda’s work with furtive Peruvian teens in their underwear. To me tuning in an unfiltered live feed is an exercise in anticipation. When I am watching these muddy little images it always seems that the appearance of something sinister and unexpected is inevitable, if only because I watch too many horror films. Anyway, in honor of seeing the shadow side of every possible online pursuit here’s a list of the best places to watch very little happen, in a creepy way, live... 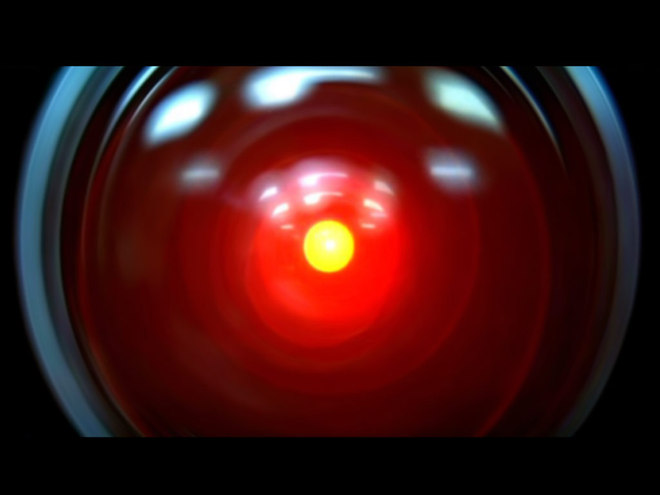 The International Space station; As livefeeds go this one from 240 miles above our often chaotic planet is pretty strong. Live shots of storms churning across the globe and majestic sunrises over the rim of the world make for some pretty nifty viewing. Nothing inherently ooky about it unless you, like me, can’t help but hear HAL singing “Daisy, Daaaaiseee….” the whole time you are watching. 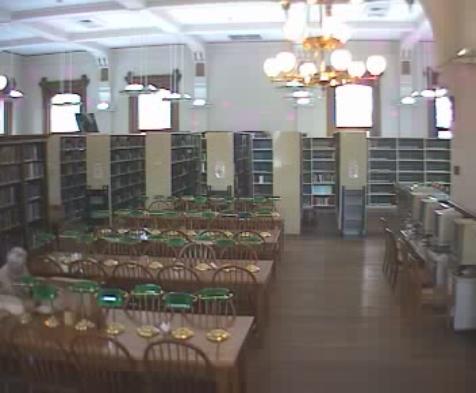 This is the first of two ghost tracking cams on this list. This one tracks a handful of ghosts led by the spirit called “The Grey Lady” who roams the stacks of this old Evansville, Indiana library day and night. She’s not exactly “The Old Hag” but if you pop by to watch the empty library at night and let your mind wander you might manage to freak yourself out. 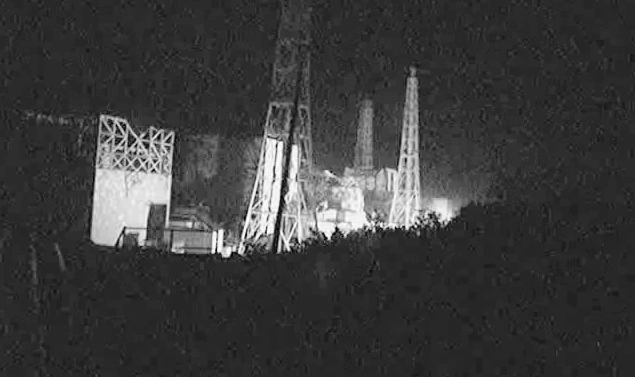 The Fukushima webcam was probably not very scary prior to the Tsunami of March 11, 2011. But following a that disaster and the subsequent series of nuclear meltdowns that are considered by many to be the most catastrophic in history, this stark, streaming reminder of the potential for a radioactive cataclysm has some long term resonance. 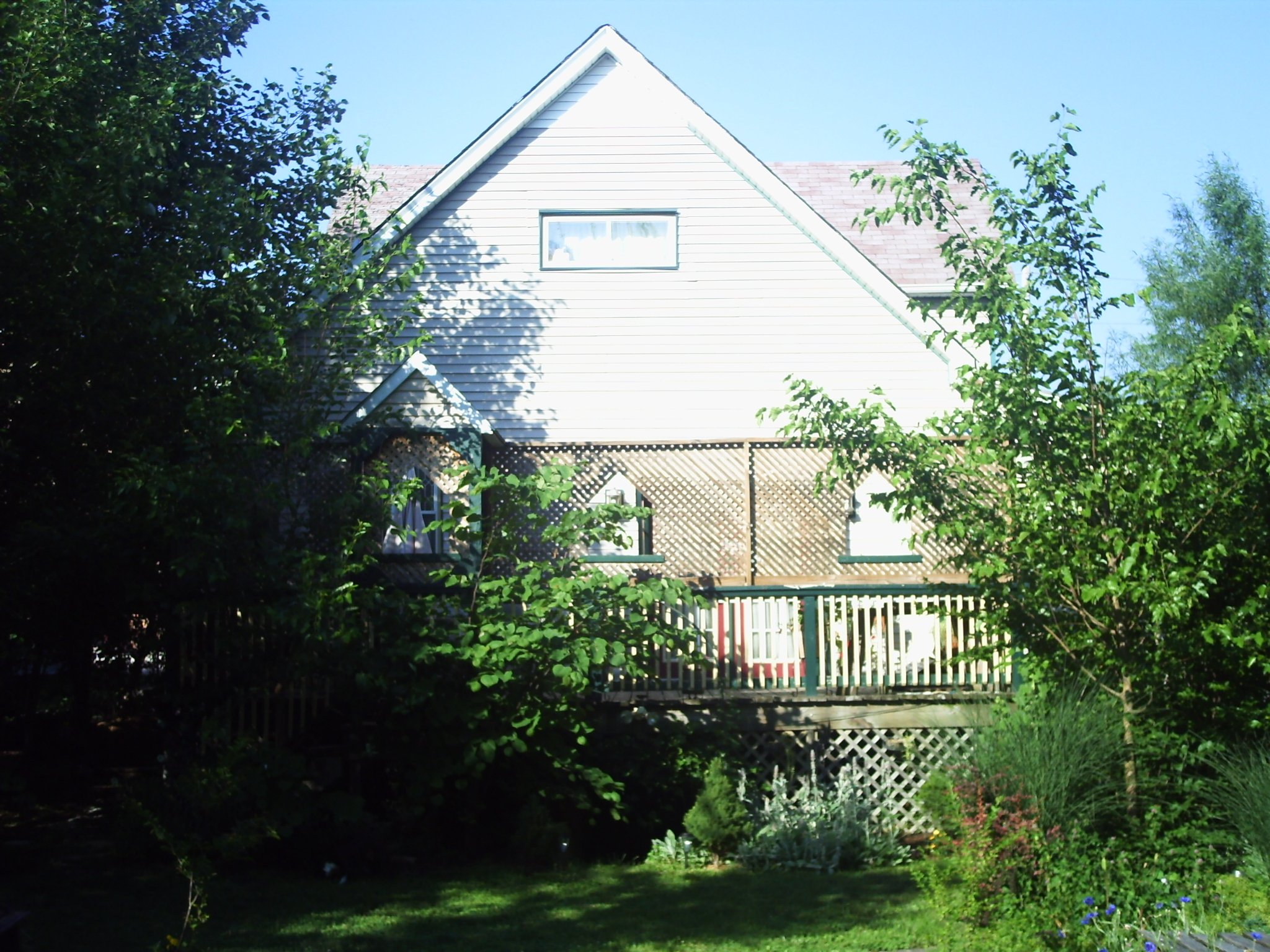 This is the best ghost webcam and website that I have found. What helps it along is that the owner of the allegedly haunted dwelling has really built a mythology, for lack of a better term, around this haunting. EVP recordings encounter updates and of course more than one live camera dedicated to catching his ectoplasmic guests on video. I’m not a big ghost guy but these cams and the accompanying website have a good bit of atmosphere to them. 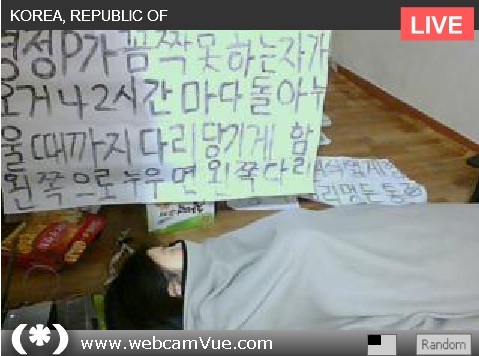 Finally, it’s the weirdest most viewer-reflexive livefeed I have come across. Chip-Chan is a Korean woman who has been doing a live feed from her apartment since 1999. She claims to be the victim of a policeman (whom she refers to as “P”) who abducted her and planted a verichip in her which not only monitors her vitals and whereabouts but controls her sleep. Chip Chan displays cryptic signs around her apartment and spends the bulk of her waking time online. Aside from the live feed she has a youtube channel and several blogs that do little to add revealing details to the story. What is real and what isn’t can be difficult to gauge on every level but perhaps that is the secret behind the compel/repel quality of this, the most personal of all of the voyeuristic exercises listed here.

Watching Chip Chan’s self-imposed sequestration without the benefit of anything but murky, dubious details puts me in a strange headspace. After watching her for a few minutes it becomes increasingly difficult to gauge the line between morbid fascination and exploitation. It gives the viewer a deep sense of powerlessness. Am I simply peeping in on a profoundly sick, agoraphobic woman who needs and deserves help? Are any of the known ‘facts’ , facts at all? Is this an elaborate online persona fashioned by a wickedly clever performance artist? Whatever the case Chip-Chan might be the most provocative and unsettling thing I have encountered online in a long time.