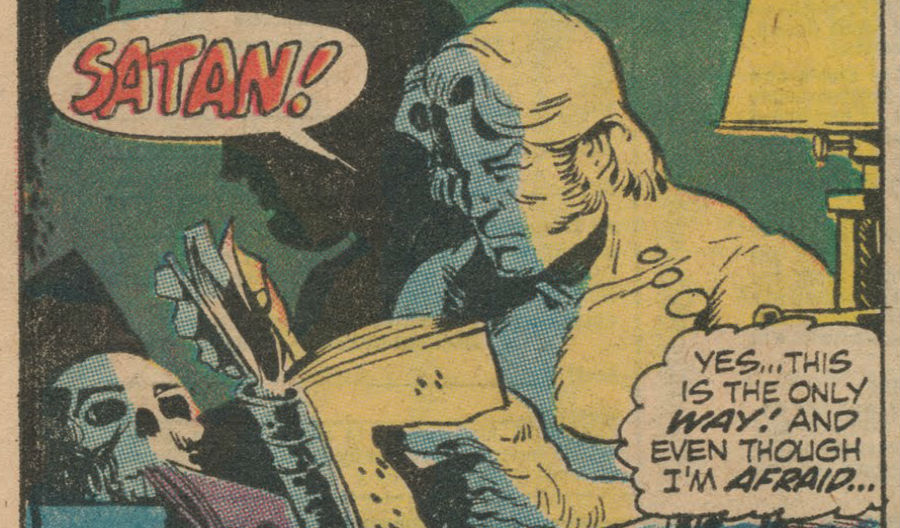 Comics aren't only about superheroes in spandex fighting crime; there's a long history of supernatural and occult characters, with one foot in our world and the other in the underworld. Here's a list of five comic book characters with hellish origins. minus the one you already know, Hellboy: 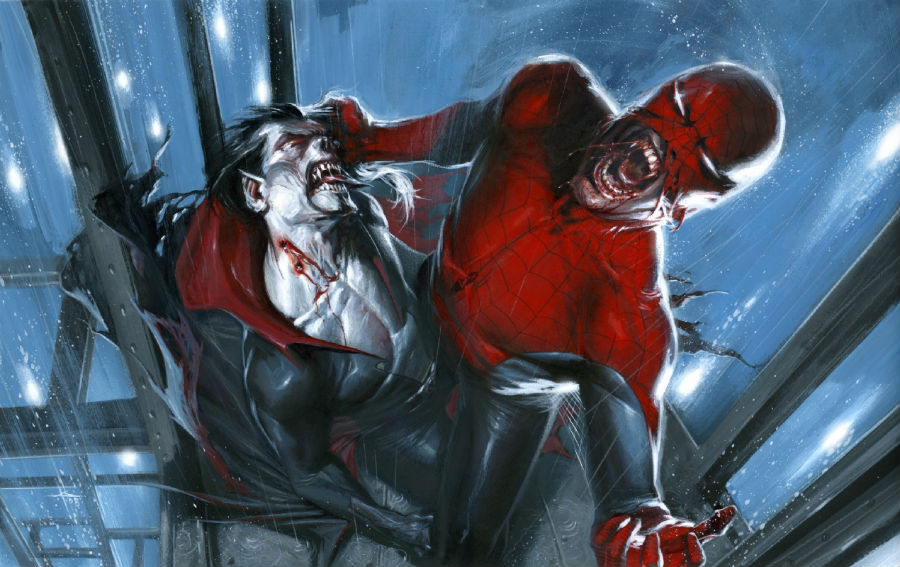 First appearing way back in 1971 in The Amazing Spider-Man #101, Dr. Michael Morbius, a Nobel Prize-winning biologist and chemist, accidentally turned himself into a vampire when attempting to cure his rare, fatal blood disease. Capitalizing on the monster craze of the 1970s, the character of Morbius became a regular Spider-Man antagonist, and crossed paths with other supernatural Marvel characters such as Blade, Ghost Rider, and Doctor Strange.

Half-human child of Satan, and wearer of snazzy outfits, Satana first hit spinner racks in 1973 in Marvels’ Vampire Tales #2. Created by writer Roy Thomas and artist John Romita, Satana went through all kinds of drama: her mother went mad, she was banished to Earth to devour men’s souls as a succubus, and she was killed, only to return from the dead since she’s only half-human. As a supernatural character, she has all kinds of cool powers, and she often mixes it up with fan favorite, Deadpool. One can only hope she’ll have a place in Ryan Reynold’s much anticipated Deadpool sequel.

Younger readers probably know Ghost Rider more for two horrible Nicholas Cage movies, but he was a cool character back in the ‘70s. Johnny Blaze, a stunt motorcycle performer, sold his soul to the devil to save his father’s life. Unfortunately, he hadn’t bargained that the tradeoff would be turning into a flaming demon at night. Stunt rider, and regular hospital guest Evel Knievel was all the rage at the time, so Marvel took the “evil” motorcycle persona to new heights with Ghost Rider. Arguably one of the best character designs of all-time - the guy’s head is a flaming skull and he whips his enemies with burning chains - fans are holding out hope that Marvel can one day give Johnny Blaze the cinematic tribute he deserves.

It’s said that John Constantine originally appeared in Alan Moore’s Swamp Thing #25 because Moore wanted to make a character who “looked like Sting”. Constantine is an occult detective with demon blood, and he once slept with a succubus. He’s gone on to be one of the most popular characters in the DC Universe, with his Hellblazer title having the longest run of any book in DC’s mature Vertigo line.

Spawn helped Image become a creator-owned alternative powerhouse to Marvel and DC and made Todd McFarlane into a very rich man. It would be unheard of in today’s comic book climate, but Spawn #1 sold 1.7 million copies back in 1992. It told the story of Al Simmons, a CIA agent double-crossed and killed by one of his own. His soul was banished to Hell for his indiscretions. Simmons made a deal with a demon known as Malebolgia so that he could once again see his beloved wife, Wanda. But everyone knows that deals with devils always have a price, and Simmons’ was that, although he was able to return to Earth, it was as a scarred demon, unrecognizable to his wife. Not to mention, five years had passed, and Wanda had married Al’s best friend. Ouch. Spawn was so popular in the early nineties that the character rivaled Batman and Spider-Man.