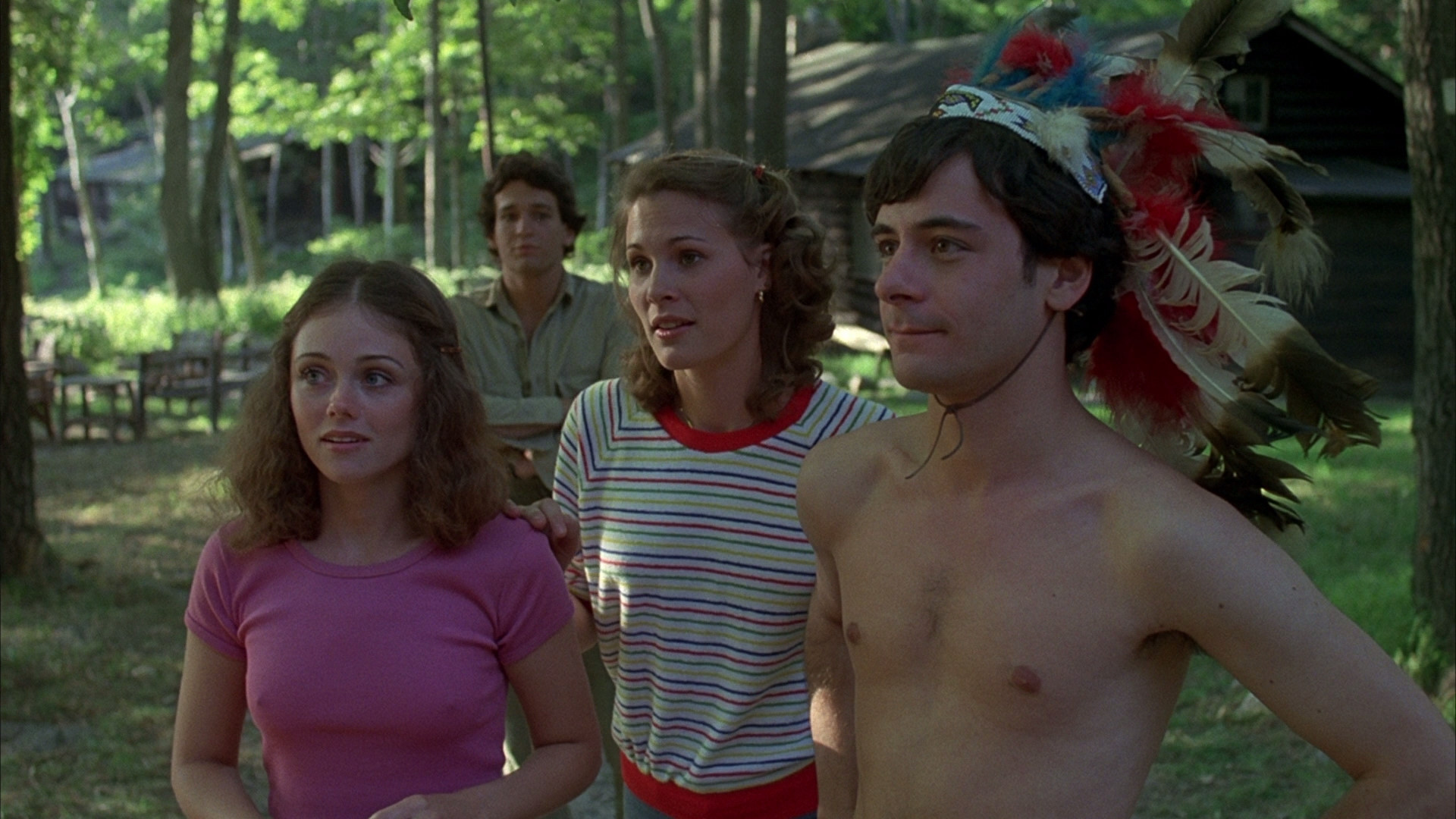 Take a deep whiff of the air around you. Go ahead, a nice long intake through the nose. It smells of dying leaves, cooler air and the pumpkin spice tinged farts of ghosts. It’s October 1st and for us Halloween types, it’s the best time of the year.

Over the past few years, I’ve continued to celebrate the month of October as I often had. Decorations around the house, making kids cry when they come trick or treating for candy. Some of the magic left for me though. My spark for writing had slipped away and my intake of horror movies began to fall flat, feeling like a chore.

I wasn’t a very good Halloween person for a number of years, I must admit. This year though...things have changed. I’m feeling more like my old self as the summer gives way to fall. The crisp mornings as I head to work give me a bit of chill, the plague of pumpkin spice everything taking over the store shelves. It’s a magical time of year! It makes me nostalgic. Nostalgic for bad horror movies, really getting into halloween, nostalgic for real life things that turned me to horror, and nostalgic for the time that I spent every day blogging about movies.

I missed it. I’ve decided to give in to the nostalgia and come back to blogging full time. I figured blogging 31 Days of Horror would be a great way to make that come back.

Since I was already riding the wave of nostalgia as I sat down to begin this little thought experiment, I couldn’t help but think back on what got me into horror in the first place. There were many late nights watching videos by myself. Other late nights watching videos at my friends house. Hours spent pouring over battered copies of passed around Fangoria magazines, reading about movies that we might never find at the time. All of those memories were great, but there was one that really stood out above the rest.

Some time, way way back, in a decade far removed from this one, I was a wee twelve year old. I was a curious sort, open for just about anything when it came to movies. Luckily, I was blessed with parents that were happy to let me explore that curiosity, so there were few times I was told I couldn’t want something.

Around that time, I had begun getting interested in horror in a big way. My dad had bought his first VCR at the time, (yes first; we’re talking 1986 here) and when I would stay with him on the weekends, we would spend much of that time with a giant stack of VHS tapes. My dad had a penchant for all things scifi, horror and fantasy, so it was an eye opening experience. He also was keen on making sure I didnt’ get that entire film experience in front of the TV. He decided I needed to experience the Drive In as well.

One summer night in 1986, my dad stumbled upon an add for a Friday the 13th marathon at the local drive in showing films 1 through 4. We loaded up his motorcycle with a blanket, some soda and our own popcorn and headed out. Once there, we found us a grassy spot in front of the concession stand, spread out our blanket and settled in for my first encounter with the denizens of Camp Crystal Lake. Nearly six hours later, approaching 3AM, we finally finished. It was a moment that lives with me to this day, an experience that I credit with much of my love of horror movies as well. With that, I decided the best way to kick off this marathon was with none other than the original Friday the 13th movies.

The framing of the movie was near perfect, using the old monster movie adage of “never show your monster”. It left us with a feeling of wonder from beginning to end, because we had little to no real idea of who was behind the machete. When the final reveal comes to the screen, it is a true shock! How could someone like that, be responsible for so much blood and mayhem?

Continuing on...quite literally. For a rarity in horror movie sequels in this day and age, we see them continue the story from where they left off in the first film. It was a pretty special thing to see as a young kid watching the films for a first time. I was the type that got wrapped up in the storylines of everything I took in back then, so by the end of the first film, I was emotionally invested in these characters. Now, we didn’t get to carry on with all of the same characters, but we had some connective tissue between the two, with elements and characters that made them feel like a cohesive whole.

As the movie rolled on, the story fell into pace with these elements so that the movie felt like a natural continuation of the first movie, much like Halloween had done just a few years before. For a story nerd, this was a perfect setup. It started to take the shape of something epic as opposed to a one off tale. Plus, it had the same practical effects and nearly the same setting, as well as young co-eds. What wasn’t there to love?

As we roll through our day of mini-horror marathons with Friday the 13th part 3, the film that stretched my love of the franchise and threatened to break it. To be honest, it almost threatened to break my moment on this, the first day of 31 Days of Horror! The dreaded ‘3D’ gimmick reared its head in ugly force, taking the brunt of focus from the film makers, leaving us with empty characters and a half assed story that failed to entertain. The movie felt so unlike the first two films, with a lack of atmosphere and character, it was hard to make it through.

That isn’t to say there aren’t a few redeeming points to the film however. We see a few landmark moments, such as how Jason acquired his trademark hockey mask. How said hockey mask receive its trademark chunk torn out of the top. There’s a weird group of bikers shoehorned into the story, to try and change up the usual summer camp kids formula that made for some good camp. Unfortunately, it still left us wanting.

Here concludes our viewing day, for this the first of 31 Days of Horror here at Bloody Good Horror! I’ve seen many out there in the wild that like to pick out their films ahead of time before starting the marathon, but such is not my style. I’m a man who likes adventure, and who misses the days of wandering aimlessly browsing the box art of video stores of old. Come back every day this month to see what random film I’ve happened to stumble upon for the day. Some days there will be many, some days there may be only one. But every day, I promise there will be a little trip down memory lane for you to partake. Enjoy, and happy October!