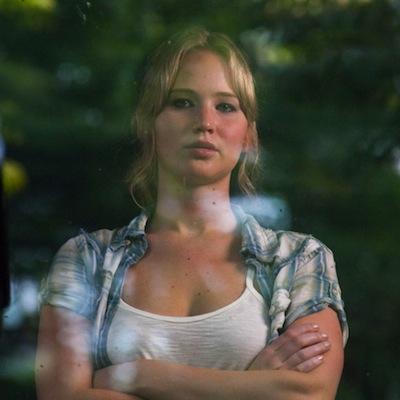 The House at the End of the Street (Movie Review)

It is something of a right of passage for a young actress in Hollywood: take some work shooting a low budget horror script, only to see the studio monkey around with release dates in an attempt to ride the coattails of your more visible or popular work. History is littered with "she was in that?" films. Prominent examples include Jennifer Aniston and Renee Zellweger.

So if in 15 years Jennifer Lawrence -- already once Oscar nominated -- is giving an awards acceptance speech and you pull up her IMDB page to find that she starred in something called "The House at the End of the Street," please don't act too surprised. It's hard to know when you're about to be a huge star, so good on any actress who takes work in the hopes that it will lead to more work. Remember, it can always get worse -- in some cases, much worse.

As far as youthful film career blemishes go, it would be hard to identify one more innocuous than "The House at the End of the Street." Residing somewhere between teen thriller and ABC Family drama, it's neither too scary for "Hunger Games" die-hards who wander in unknowingly nor too offensive for squeamish parents who don't want their kids exposed to anything naughty.

Directed by a journeyman hack, "House" aka #HATES (the brilliant Twitter hash dreamed up by some marketing guru) tells the story of Ellisa (Lawrence) and her mother (Elizabeth Shue), and the pair's adventures in a new remote town they're using to start fresh after some family drama back in Chicago. They got a great deal on a lease as they were willing to move in next door to the scene of a gruesome double murder. Ellisa befriends the weirdo son of the slain family and slowly -- very slowly -- begins to learn about the bizarre secret that resides in... the house at the end of the street.

See what I did there?

Were it not for the presence of Lawrence and the colossal success of "The Hunger Games," it is nearly impossible to imagine #HATES making it to big screens. The film is at times so inert that audiences would be forgiven for checking their email, catching up on sports scores or simply dozing off. While the "action" eventually builds to a decently surprising third act turn, it progresses there so slowly one needs to literally battle through boredom.

At its core, #HATES may have some implications for the role of families and parenting teens. We see various levels of parenting -- from the abysmal to the less than abysmal -- but any salient points are wrapped in a coating so bland as to be without much taste. Jennifer Lawrence and Elizabeth Shue do their best to raise the level of the proceedings, but even two talented performers need something to act around or for, and #HATES never really delivers in that regard.

Movies Like The House at the End of the Street