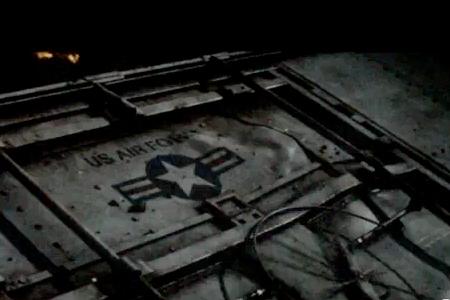 There’s something about watching movie trailers that turns me into a cynical curmudgeon. Seemingly every time I walk into a theater, I find a new reason to lament the death of modern cinema. I don’t exactly know why watching Kevin James drive a talking gorilla to T.G.I.Friday’s or watching James Franco bring about the super-intelligent monkey apocalypse irritates me so much, but it does. Very rarely does a trailer come along that grabs my attention and makes me think “man, I HAVE to see that”. Of course, there has to be an exception. The first time I saw the trailer for “Cloverfield” I was blown away. I had no idea what the film was about, or even what it was called for that matter, but I knew when it was coming out and I knew when I would be seeing it. While opinions on the finished product are somewhat mixed, I happened to love the film and it forever made me a J.J. Abrams fan.

So when I saw the trailer for “Super 8”, I felt that same sense of excitement and anticipation. However, unlike with “Cloverfield”, seemingly every time I heard something new about the film my excitement began to wane. First it was the news that the film was not going to be shot in the first person. “Okay, that’s kind of disappointing, but it can still work”. Then it was the news that it wasn’t actually the sequel to “Cloverfield” like many had anticipated. “Cool, it’ll be a new I.P. and can be it’s own thing, that can be alright”. And then there was the news about it being about a group of children. “Hmm... I don’t know about that decision”. But then there was the coup de grace, Steven Spielberg was producing. “Maybe I’ll wait for DVD...”

Despite his golden period when he could do no wrong, Spielberg’s had a pretty spotty recent history. “Indiana Jones 4” anyone? The first film that came to mind when I heard Spielberg would be producing was “Poltergeist”. Despite the fact the directing credit on that film goes to Tobe Hooper, it’s obvious that Spielberg commanded just about every aspect of that film. While I would be okay with “Jurassic Park” Spielberg having an influence on this film, I can’t say I’d be too happy with “Jurassic Park III” Spielberg having any amount of influence on the film whatsoever. And with that, I went into “Super 8” expecting the worst aspects of Spielbergian film-making, excessive feel-goody cheese, no respect for pacing and a heavy-handed style stuck in the mid-80’s. Oh, and because J.J. Abrams was involved, a lot of lens flare.

Well, I got the lens flare. But thankfully, we got “Jaws” Spielberg and not “War of the Worlds” Spielberg. “Super 8” feels in many ways to be a long-lost great Spielberg kid’s adventure film. There’s that grandiose sense of adventure and child-like imagination, the plot that feels like a 1960’s pulp Sci-Fi comic come to life and a ton of heart and realized characters. Despite the fact I’m a twenty-five year old guy, watching this film kind of reminded me of the first time I saw the first film I fell in love with, ironically Spielberg’s own “Jurassic Park”. Granted, being older, I’m by nature more critical towards “Super 8” than I am my childhood favorites, but there’s still that inner kid in me that wants to tell 25 year old film-critic me to shut up and just enjoy the film. And really, the fact that I even find myself saying that should really tell you everything you need to know about this film. Watching it makes me wish I was a kid again so I could experience it through the eyes of a child.

If I was a father, I’d be dragging my kids to see this Saturday matinee, buying them a big old tub of popcorn and sit back knowing that watching this film would be a moment that they’d keep with them for life. It’s been an extraordinarily long time since I can remember watching a movie and thinking that I’d like to re-watch it again with my parents. Honestly, I’m not sure I’ve even seen a movie like that since I was 10. “Super 8”? Yeah, I’d totally do that.

Now I’ve been throwing out Spielberg’s name a lot, but I’d be doing Abrams a huge disservice by not mentioning that this film succeeds because of his directorial influence on it. There are multiple times in this film where it nears terminal-Spielberg and approaches Cheddar Bay Biscuits level of cheesiness. Just when it’s about to get over-baring, something happens that rips through the cheese and either gets the plot back on track or throws in some “Cloverfield”-esque excitement. While “Super 8” never really lives up to “Cloverfield” in terms of excitement or action, it shouldn’t. The two films are completely, totally different beasts. Where “Cloverfield” is a modern reinvention of the “monster stomping around a city” movie, “Super 8” is a modern reinvention of a Spielberg adventure movie. And it’s a really good one at that.

Remember how I said there were times where the inner kid in me wanted to tell 25 year old me to shut up and just enjoy the flick? Yeah, I do have a few real complaints. For one, there were a few times when the bad Spielberg was dangerously close to taking over. There are some definitely cheesy moments here, some groan-worthy, but they wind up being forgivable. The unforgivable moment is the ending. It’s just so underwhelming. It almost feels as if there’s 10 to 15 minutes missing at the end because there’s a definite skip in the action. I found myself thinking “wait a minute, is this ending right now?” while the climax was unfolding, which is, suffice to say, not a desired impact. It’s also a real shame because this film builds so much during the first hour and fifty minutes that the lackluster, overly cheesy ending is a really poor way to end things. That said, the credit sequence redeems the anti-climatic ending, but that should never be the case.

Oh, what am I saying? “Super 8” is a fantastic film and easily one of the best genre films to come out in years. For the two hours I spent with it, I felt like a child again and had a blast watching it. While I had real problems with the ending, if I’m going to let that ruin what is otherwise an incredible film, I have a real problem and need to stop taking everything so seriously. Take your kids, take your family or even just go with some friends and enjoy reliving what it’s like to be a kid again. Moments like that come few and far between.