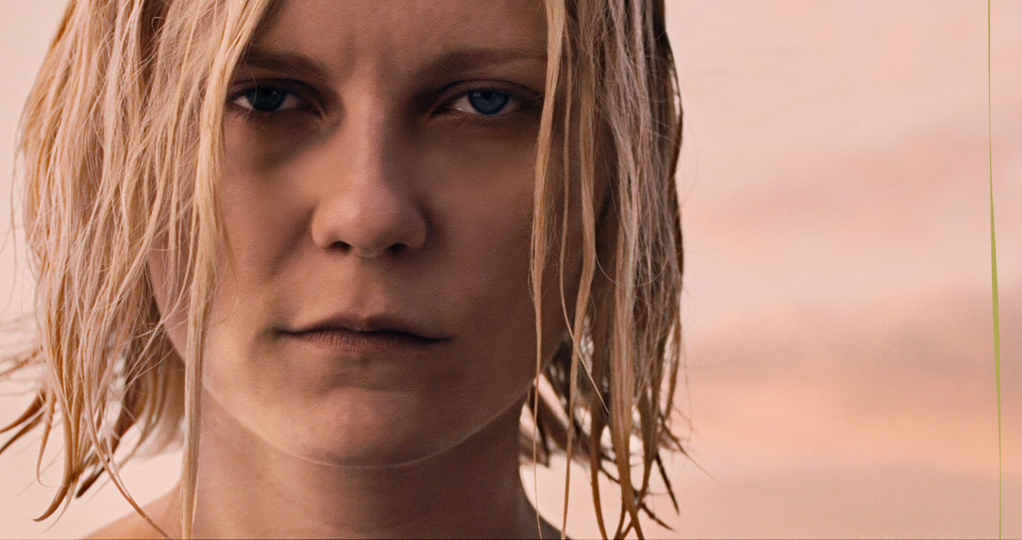 Is Lars Von Trier ‘the world’s greatest director’ as he quipped after a negative audience reaction to “Antichrist” at the Cannes film festival? Is he a raging misogynist who mistreats his actresses? Von Trier’s public struggles with reputation, emotional tonality and stability have seen him painted in a severe light that would seem to align perfectly with the most extreme images in his filmography. Of course the purveyor of films featuring gang rape and incest has a soft spot for the fuhrer, or so it would stand to reason to every aspiring TMZista with a twitter account who wants to take potshots at both the man and his work without ever laying eyes on his films. But as much as I loathe that side of pop culture, Von Trier is a 50 year old man who has been in the public eye since his twenties.I am not going to defend his lack of social acumen and or side-show provocateuring at pressers. What I will say is that while his outlandish comments and reputedly brutish on-set behavior may send a shudder through those who have only seen his movies in hardcases on a Blockbuster shelf, it is scarcely worth a comment from people who have watched more that 2 of his films. The man practices his art to unsettle people. What might be surprising to LVT watchers and disappointing to the Larsy-come-latelies expecting Nazis and dick torture is that his latest film “Melancholia” could be the most uplifting film about the end of the world that has ever been made. Alright 'uplifting' is s stretch.

“Melancholia” is the last few months in the life of adult sisters Justine (Kirsten Dunst) and Claire (Charlotte Gainsbourg). The narrative begins on Justine’s wedding night. The rosy-cheeked bride’s joy is siphoned off over the course of the evening by a flare up in the cold war between her divorced parents and the pressures of being at the center of celebration that is about everyone else’s needs. Perhaps because of those two factors Justine sees the rapid onset of a major depressive episode. In the span of an evening she dismantles everything in her life as she simultaneously tries to solicit some kind of warmth from either of her bitter, distant parents. High above Justine’s personal apocalypse a cosmic cataclysm is taking shape. A ghost planet called “Melancholia” that had been hiding behind the sun is on course for a “fly-by” that may or may not see it collide with Earth. Three months after the wedding Justine returns to her sister and brother in law’s estate, the site of her failed nuptials, in state of complete emotional collapse. Claire and her husband John (Keifer Sutherland) are at odds about Justine’s care and the fate of the planet as well. Eventually Justine begins to emerge from her malaise while concurrently Claire starts to succumb to the anxieties of a possible Armageddon as Melancholia prepares to pass through the Earth’s orbit.

At its best “Melancholia” has echoes of Tarkovsky’s “The Sacrifice” and Peter Weir’s “The Last Wave”. In its most frustrating moments, it feels like a poor man’s approximation of Thomas Vinterberg’s “The Celebration” without any of that film’s narrative drive, fury or unpredictability. Staying on the less than impressive side of the conversation, I am not a huge fan of Dunst’s performance here. It isn’t a bad turn but she still has a tendency to indicate when in unfamiliar emotional territory and she doesn’t seem to be stepping as far outside of herself as some of the early press may lead the viewer to believe.

As a work of evocative visual art “Melancholia” is breathtaking. The references to painters ranging from Diego Velasquez and John Everett Millais to Francis Bacon are overtly drawn in the incredible opening montage. This premonitory prologue alludes not only to an artist’s history of the experience of melancholia but to a time before the pathologizing of depressive disorders. Lars Von Trier has fashioned a meditation on depression that seems to not only forward a pre-psychoanalysis view of depressive maladies, but one that intermittently romanticizes the sufferer (Justine) and tears down the falseness of the seemingly well-adjusted characters around her. By the end of her arc Justine is stripped of placating superficiality and able to cope with extraordinary circumstances without pretense. She embraces sadness and joy, cares for people and sees her role in the lives of others while everyone else is being consumed by fears of their world coming to an end, in this case literally.

Whether or not you are willing to go along with Lars Von Trier’s latest shot to the establishment’s midriff probably depends on your tolerance for his ideas and how you like your rebellion framed. If you embrace a daunting puzzle that forwards strong and perhaps dubious points of view but may not be attached to a forceful narrative, then this film is great fodder for rumination and a post-viewing latte conference. If you are in search of the gut-punch approach that Von Trier took with “Antichrist” then this will probably be a let down. Many of the filmmaker’s “Antichrist” targets are still in evidence; men of science and industry are egomaniacal fools who lead women to some form of ruin, and marriage is an oppressive soul-wrecking undertaking in which children are the long suffering pawns whose trust is often betrayed by those who are meant to care for them. But where “Antichrist” is a graphic and befuddling provocation, “Melancholia” is an elegant piece that works towards incitement and triumph at the end of the world. If you are looking for the man playing the media’s fool; the one who jokes about understanding Hitler and makes Nicole Kidman crazy-angry then “Melancholia” will likely not meet your expectations.