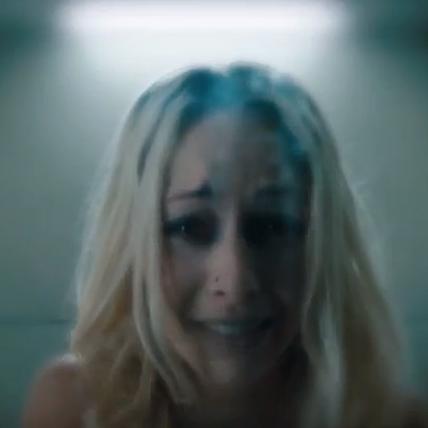 As the camera swoops over suburban Las Vegas, a crescendoing score announces "Fright Night's" opening credits. Harkening to vampire films of old by blending a traditional summer movie sound with a timeless organ riff, the juxtaposition manages to call forth cinematic vampires from Bela Lugosi to Christopher Lee to Gary Oldman while also signaling a more modern setting. It's a deft touch that sets the stage for a vampire film -- indeed a remake -- that feels fresh and vibrant, a tough task in this post-"Twilight", post-Sookie Stackhouse world.

There's plenty of praise to spread around, but it's important to note that "Fright Night" doesn't succeed by breaking fresh ground, deconstructing myths or getting all meta. Instead, good old-fashioned cinematic storytelling shines. Characters, relationships, decisions made or not -- these things punctuate the highs of "Fright Night," as does some relentless action. If not for one enormous, glaring disaster of a weakness, "Fright Night" might have been that perfect summer horror film: equal parts scary, funny and exciting.

The primary plot points of this "Fright Night" update remain from the 1985 original, only here the action has been moved to the suburbs of Vegas. Charley Brewster, reprised by budding star Anton Yelchin, lives with his mother (Toni Collette) in a sleepy, planned community. Mrs. Brewster, a realtor, has been busy as neighbors have been fleeing the economically hit city. The major exception however, is the hunky new guy next door, Jerry (Colin Farrell). While Charley's life has gone through some changes recently -- embodied in his attractive new girlfriend Amy -- his world is really thrown for a loop when his once best friend Ed confronts him with evidence that the new neighbor Jerry is a vampire responsible for many recent disappearances. Only minutes into the crisp opening scenes, Jerry confronts Ed, turning him into a member of his growing vampire army, and setting into motion the rest of the film's action.

New to the horror genre, though an accomplished indie/TV director, Craig Gillespie displays skill in trimming "Fright Night's" set up to the bare minimum. Blink during the first several sequences, and you're likely to open your eyes with some crazy vampire action already under way. This is not to say that Gillespie doesn't give the characters room to breathe; he does that with aplomb by managing to convey a lot of characterization with minimal dialogue. Whereas many horror films have to wrestle with the idea of establishing a handful of characters who will quickly be dispatched, "Fright Night" keeps things tight knit. Early on, and particularly in a scene where Jerry turns up to borrow some beer, the film makes clear that it will in many ways be a duet between the confident, powerful Jerry and the angsty, tentative Charley. Charley's mom, Amy and the Las Vegas magician Peter Vincent (David Tennant) all have their parts to play, but when push comes to shove -- and then shove comes to stakes through hearts -- it's Charley who must face down the ancient vampire that terrorizes his home.

For all it's strengths, and there are many, "Fright Night" has one glaring, utterly unforgivable weakness -- it was at least partially shot for 3D. At this point, full disclosure is probably important: as it lacked a pervasive 3D marketing effort, I decided a 2D screening was the way to go. This proved to be a bad choice.

Perhaps this moment was inevitable. Three plus years into the 3D resurgence, there have been very few quality films harmed by the cynical, pathetic trend of trying to wring an extra $5 out of every movie ticket. Sure, there have been some fun tongue-in-cheek winners and some otherwise pieces of garbage that have been spiced up by the new technology, but 3D by and large, and particularly in horror, has been used to gussy up films that really shouldn't have been made. Finally, "Fright Night" acts as proof that the trend is off the rails.

"Fright Night" if anything, is a smaller, simpler film that relies on strong acting, good pacing and a genuine, believable atmosphere. Through the first 1/3rd of the film, you'd be forgiven for forgetting that the film even had a 3D counterpart. Unfortunately, nearly a dozen scenes, and especially those with action or effects, are completely ruined by the need to shoot for 3D. This takes otherwise mundane or straight-forward shots and turns them into inexplicable nonsense. A car chase sequence, shot almost exclusively from within the Brewster's escaping minivan, is a prime example. After Jerry hurls something into the car, in an effort to add unnecessary 3D flair the camera quick pans as a window is smashed. We then cut to a shot out the back of the car, not so much to establish any part of the action -- there was no question what was happening -- but to make use of depth of field. Информация про игровые автоматы https://online-vulkans.com/ стратегии, хитрости и бонусы смотрите тут.

It's really unforgivable at this point, and it's disturbing that even a film like this, which could easily stand on its own, has to have 3D crammed into it. By the third act the number of shots that are out of place, overly long or otherwise look strange almost becomes too much to bear. While it's certainly not accurate to say they ruin the film, it's not that far off. While likely unrealistic, one can't help but wonder what an unmolested, standard version of this film would play like. It's not hard to imagine many of the 3D shots either excised completely or reshot for a more pleasing edit. Sadly, if "Fright Night" succeeds it all, it will likely be attributed at least in part to continued 3D demand. Even worse, if it fails, it fails. Audiences have been denied a legitimate, quality horror film. And as a late August release even a spectacular failure likely wouldn't be enough to burnish the 3D glow anymore than it's been burnished already.