The Pang Brothers, who apparently have already directed two Chinese language sequels to their film "The Eye", are prepping a third sequel to be titled "The Child's Eye" (get it), to be shot in 3D. Have any of you guys seen either of the first two sequels?

FOX has picked up the French horror film "Martyrs" for remake, pretty much ensuring that there will not be a good ending to this story. The original "Martyrs" is about a little girl found by cops, who it's revealed was held hostage for years in an abandoned slaughterhouse. There are no signs of abuse or sexual misconduct, but as they start to unravel the mystery of what happened to her, something even stranger starts to appear.

I don't usually report on "Twilight" news, but this tidbit was too interesting to pass up. It seems that Juan Antonio Bayona is in the running to direct the third film in the franchise. Bayona, a Guillermo Del-Toro protege, is the director of last year's "The Orphanage". Even if he did get the job, he'd obviously still be dealing with the source material, and the conveyor belt nature of it all, considering they've already pegged a June 30th, 2010 release. Keep in mind this is the THIRD film, not the second one, which hasn't even started yet.

I'm still really excited for "The Haunting in Connecticut", Lionsgate's late March release, but I'm not super psyched about this clip featuring a bird attack. Why? Well, I'm mighty sick of all the old ghost movie cliches, and the "animal goes apeshit" one is just about as old as they come. 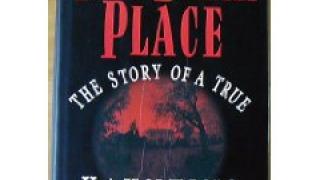 Haunting in Connecticut Based on True Story