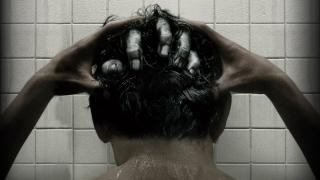 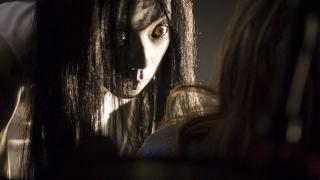 In Extremis: The Grudge and Buying a Murder House

"The Uninvited" on DVD and Bluray

It looks like we've finally found where the studios draw the line on Sarah Michelle Gellar-starring Asian horror remakes. Her latest, "Possession", is going straight to DVD. You can check that out on May 12th, if that's your kind of thing.

Looks like we spoke too soon on that "Reanimator" remake. Stuart Gordon was so distraught when he heard the news that he called up his long time friend (and purported remake producer) Brian Yuzna to see what was going on. It seems that Yuzna had no idea, and so all of this may be one big crazy misunderstanding. That "Reanimator" TV series though? Still happening. Nothing we can do about that one I guess.

Clive Barker would love to make a "Midnight Meat Train" trilogy, even though he's well aware that it probably won't happen. Lots of other info on his career and upcoming projects at the link.

Even though he was given an "Executive Producer" credit, George Romero has nothing to do with the "Crazies" remake currently filming. He does say though that he recently had a chance to read the script, and that it "has a decent shot of being a good movie". 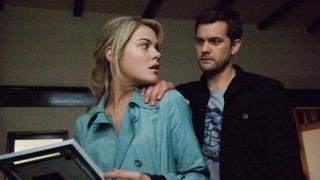 The crew discuss the new release "Shutter". You have to try hard to be this mediocre. 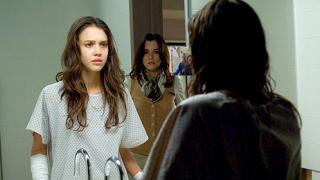