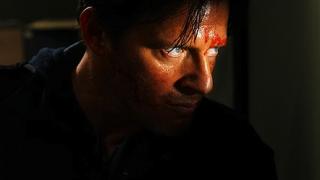 If you saw one supernatural horror film this past weekend there is a solid chance it was "Paranormal Activity 2". The film had the highest-grossing opening weekend ever for the sub-genre with a chicken foot shattering $41.5 million. I know five naughty little podcasters who saw it and will be recording a show for it this week. See how that tied in? Wasn't that nice?

In honor of "The Walking Dead" finally hitting AMC this coming weekend the good people behind the series have released some new behind the scenes photos. The show looks awesome and I have nothing bad or sarcastic to say, which is strange and confusing to me. Thanks AMC, you made me hit puberty again.

For those of you waiting with baited breath for "Host 2" to be released you can now officially wet yourself because the sequel is going to be released in 3D! But now that you're all excited I should also mention that the 3D conversion will delay the film's release as well as change the overall logistics. Waaah!

Steven Spielberg has confirmed that he will be bringing "Robopocalypse" to the big screen in 2013. The film is based on a book by Daniel H. Wilson and focuses on the fate of humans after the robot uprising. Hopefully there will also be robot cops because I keep reading the title as "RoboCopOcalypse". 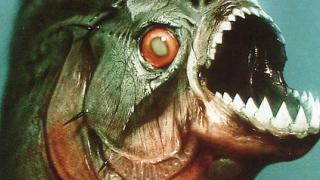 We review the most awesomely dumb movie of the summer.

Your latest "Fright Night" remake news, straight from McLovin's mouth. It will be rated R. Man, that was exciting, wasn't it?

Wes Craven seems to have been attending the Rob Zombie school of marketing your movie in the 21st century. Or at least I assume so, based on the flood of BTS video and pictures hitting the internet since the film started shooting... YESTERDAY. I don't think I can handle this every day leading up to the projected 2011 release date.

Tilda Swinton cast as the infamous Elizabeth Bathory in "The Blood Countess.

If you thought the “Clash of the Titans” remake was going to be kick ass, now you can see it in 3D. Sure it wasn’t filmed for 3D and will most likely just give you a headache but who are you to judge. You’re such a downer sometimes.

Jay Mohr has joined the cast of Clint Eastwood’s new thriller "Hereafter". I have nothing bad to say about Jay Mohr, he’s funny and adorable. But his co-star Matt Damon! Oh who am I kidding he’s adorable too.

A two minute clip of the high seas thriller “Triangle” is now online for your viewing pleasure. The film is by "Severance" director Chris Smith and stars the most frightening set of clouds you’ve ever seen.

Love Rob Zombie but think his movies lack the excitement of a forensic investigation? You’re in luck! He’s directed an episode of “CSI: Miami” that will air on March 1st titled “LA”. And yes of course Billy Gibbons from ZZ Top makes an appearance.

Good news UK fans, on Halloween night you can finally get the chance to see "Paranormal Activity". It will only be Midnight screenings that night, with a wide release planned for November. Then the film will roll out in other parts of Europe and Latin America following that.

Al Snow stars in slasher film. If you don't know who that is, you probably won't care. Move along.

Eminem to make horror anthology called "Shady Talez". You might as well fill out your Razzie cards now.

"Hellraiser" remake to be shot in 3D. All hope I had for this project pretty much just went out the window.